My Earliest Experience of Corporate Toxicity at Work

My Earliest Experience of Corporate Toxicity at Work

I’ve had some wacky employment experiences, but one sticks out to me as truly scarring. I feel like toxic experiences at work are so under represented in media, and I want to open the conversation about how scarring negative work experiences can be, especially when they’re fuelled by toxicity, gas-light-y behaviour and predatory practices. Aside from many years in the baseline toxic environments of hospitality (read: angry chefs, expletive language thrown around daily and female wait staff being treated like subclass citizens), this was my first office experience, and it was unfortunately rife with toxicity.

I was twenty and on my industry year from University. My degree was four years long, but the third year you were spat out and left to find a full time job in industry. It had to meet certain criteria, but they didn’t really support us in finding jobs at all, so the second year of the course was plagued with the burden of having to find a job that would take you as an undergrad, while meeting all the criteria to pass. They called it “placement”, but you weren’t “placed” anywhere, you were left alone to find a job that your degree depended on, which made it all the more stressful and those with contacts or rich parents or an opportunity at the family business thrived, while the rest lost sleep over finding something. Eventually, I did.

I’d just turned twenty. I packed a suitcase and moved into a tiny overpriced room in a shared flat in London. Each of the rooms were leased individually, so I had zero idea of who I was living with when I arrived. I was due to start my job two weeks later, in the marketing department of the corporate head office of a hotel chain. I was on my own, knew nobody, and I was surrounded by newness and uncertainty – but I don’t remember being scared. I remember overwhelm and first day nerves, but I was so stoked to be there I didn’t care.

The first few weeks at the job were hell. I was having a handover with the guy who had been the intern the year before, and everybody loved him. I had two female line managers and a male VP above them. One of the line managers was lovely, but she was new, too. I’d heard rumours about the other one being a bit catty, but I hoped I wouldn’t be a victim of her games.

When my predecessor left, I was on my own. Great, I thought. Finally I can take control of this role and make it mine.

It went downhill from there.

Read: Are Toxic Workplaces Going Under the Radar Because Women Come Out Stronger?

Lulled into a false sense of security over lunch, I jested to a coworker in a different team that I was stuffing goodie bags for an event but I wished I could actually go to the event afterwards. I was clearly joking. I wasn’t refusing to do the work. I wasn’t saying I shouldn’t have to do the work. I just expressed how good it would be if I could go.

Anyway, this seemingly insignificant conversation got twisted and exaggerated and somehow got back to HR. Corporate whispers are like that. I still don’t know who decided it was worth getting me in trouble over, but I was so naive I just assumed that nobody would’ve actually done it maliciously. I assumed I’d just miscommunicated my point.

The next day, my nicer line manager called me into the office. She said “basically you’ve been overheard slating the job and saying you’re above it.” Ok, not what I said but fine. I was twenty. Maybe I came across too sassy. I decided to buck up.

But then it became clear that it had absolutely nothing to do with what I had or hadn’t said. The next week I had a disciplinary about what I was wearing (which hadn’t been an issue up until now). I tried to wear more conservative clothes, but I didn’t have much stuff with me, and I only earned £1103 per month (AUD$2150). After my £600 rent (AUD$1190), there wasn’t exactly loads left for corporate clothes by the time I’d paid for transport and food and some element of a fledgeling social life.

I dressed as best I could, but the same line manager gave me a tip off that I was on the brink of getting sacked because it wasn’t good enough. I cried and panicked. I couldn’t get fired, because I wouldn’t pass the Uni year if I didn’t complete the required working months. Finding an internship was hard enough, let alone mid way through the year when all the companies who would even consider hiring an undergrad had already filled their places. During the third week I also discovered via a Facebook update that my Dad had got married and not told me…. but of course there was no empathy at that company. Mental health days, there were not. I soldiered on.

Before long, I heard whispers of another girl they’d fired just months before, who they’d bullied out, too. The reality that I’d get the chop next was becoming increasingly likely.

That night, I went to H&M and bought a calf length skirt and a high neck top. I decided I’d go down swinging and dressed like someone’s great Aunt Margaret if I had to. My line manager grinned when she saw me, knowing how ridiculous I looked but pleased I’d made so much effort. I thought that was the end of it.

Then I made friends with a girl in HR who was around my age. She took me under her wing and invited me out drinking with her friends when I knew nobody else in the city, and we got quite close quite quickly.

She’d overhear them discussing the problem with ‘the intern’ (me) in the HR office, and feedback what she could to keep me safe without incriminating either of us. She texted me one day saying ‘print out a letter of resignation and keep it on you. If they try to fire you, quit first so that you weren’t technically fired.’

For 3 months I carried around my ‘just in case’ resignation letter. I was gaslit by management at every possible opportunity. I expressed that I felt the males were favoured over me, but I was berated for weaponising my gender and told that being female had nothing to do with it. It did. I was weaker. Messages of things I’d said and done were twisted and manipulated and fed back to people at the top. They’d try to catch me out, test me to see if I’d lie about things. Watch what time I got to the office, disappointed that it was always early. Log into the server and read my emails. Told me that me and my HR friend that we weren’t allowed to talk. Gave her a disciplinary for speaking to me. We’d meet at a McDonalds around the corner to debrief before work, panicking someone would see us. Then we’d split and walk into the building separately, pretending we didn’t speak anymore.

They’d do that gross corporate crap like schedule a meeting at 5.00pm and invite you to it, to make you panic you were getting fired. Walk in and say hi to everyone but me. Ignore my leave requests and just let the day roll around without even addressing that I’d asked for a day off. Disregard my comments and ideas in front of everyone. Say I hadn’t done things when I had.

One day I was sick and I spoke to my line manager who said it was ok to stay home – by the time I was back I was in trouble for not calling the big boss instead.

Eventually they got bored and moved onto someone else; another woman in the team. She didn’t survive, a month later she was fired. I couldn’t believe what an escape I’d had.

Ultimately, I wouldn’t have survived without getting fired if I hadn’t had my friend in HR slipping me info. Somehow I was the exception to the rule, likely because I’d made myself uncatchable. ‘Wear something bland tomorrow, they’re talking about your dress code again’, she’d text. I made sure they couldn’t get me. I’d get there early, leave late. Bend over backwards despite being spoken to like total shit. I needed that job so badly that I sold my soul to keep it.

Eventually a switch flicked and most people accepted me, aside from the people at the very top, who were forever a battle. The fact that my immediate team decided they liked me made it harder for them to bully me out.

It scarred me for sure. I regularly think about it. I carried loads of false beliefs about my capabilities as an employee for years. Ever since then I’ve gravitated towards smaller companies with less corporate sneakiness, I’m too scared to go back to a big businesses.

Those types of work environments are not okay. Resilience and life skills should not be learned here, but the sad fact is that they exist.

I guess I just hope that anyone else who’s been in this situation or maybe is right now can take comfort in knowing that your working life doesn’t always need to be this way. Sometimes you have to stick it out for one reason or another, but you will get out, and you will find a role that appreciates you for who you are, that doesn’t play games or gaslight you. 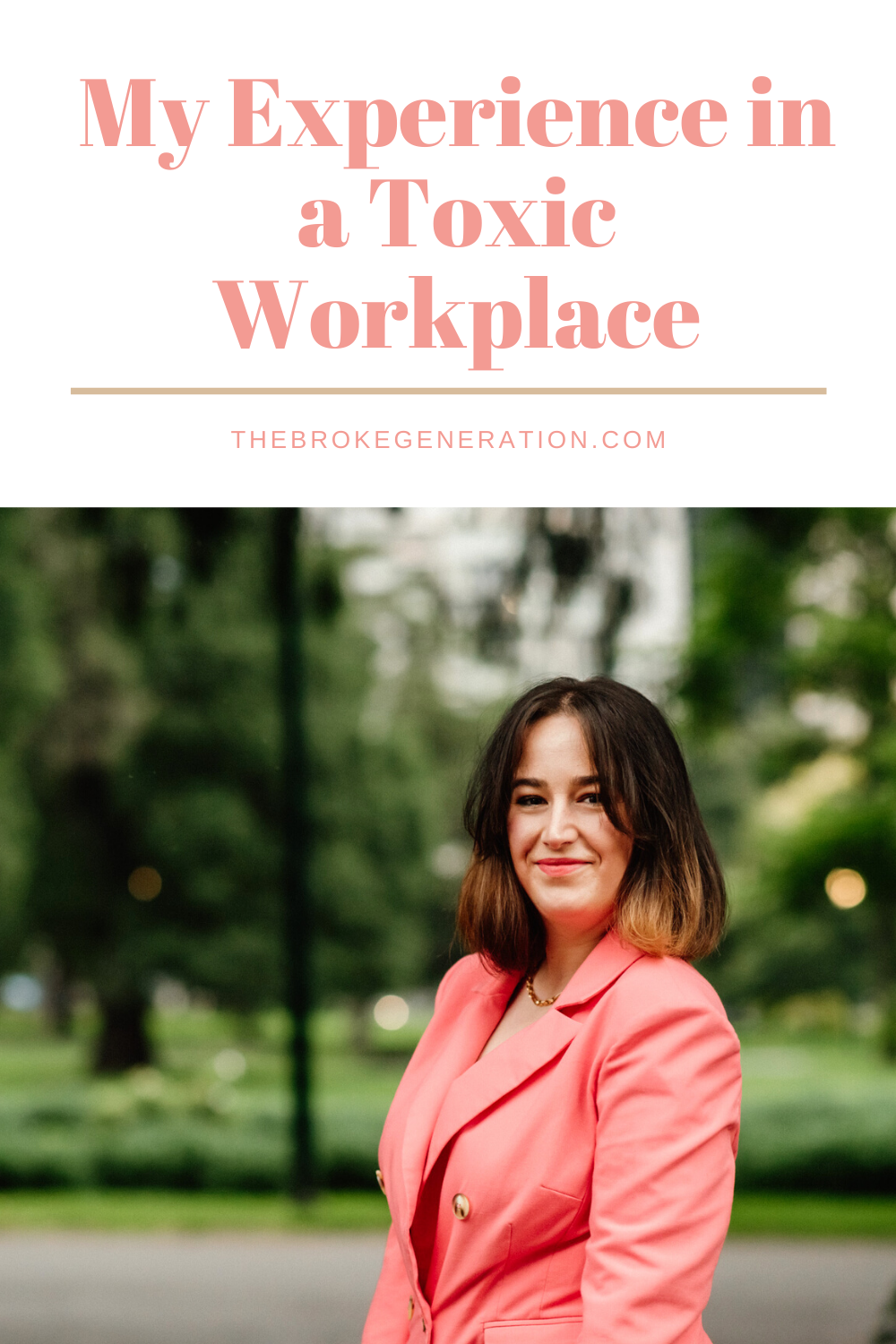 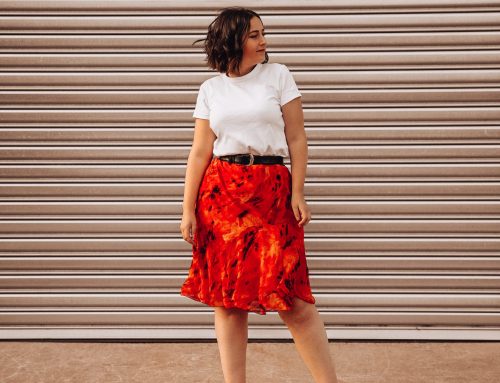 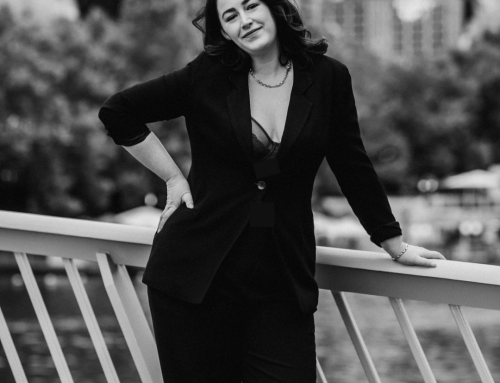 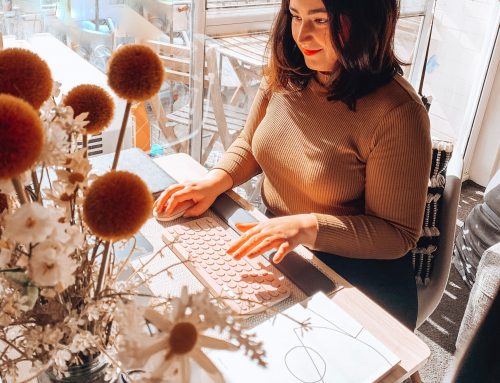 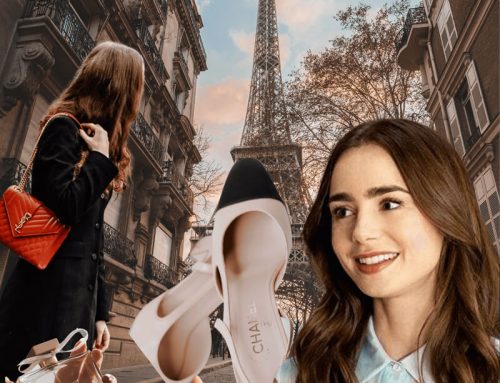 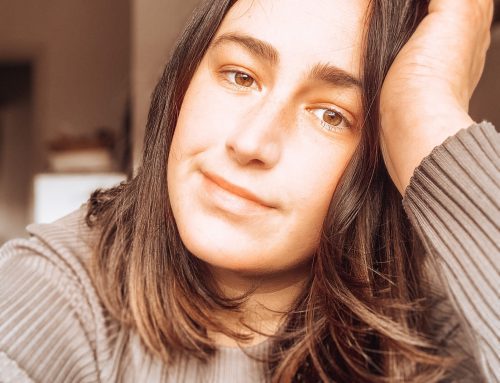