I make no secret of the fact that I’m an ex-spendaholic. In fact, I’m still a big spender, just a more mindful one. I didn’t get my financial act together until I was 26, despite always knowing quite a bit about finance and being pretty nifty with numbers for a creative.

The changes I’ve made in the last three years have increased my financial confidence and financial position massively, so with the power of hindsight, here are 9 things I wish I’d done sooner.

1. Started saving for a property long before I wanted one

I still can’t quite work out why I didn’t think about wanting to eventually own a property when I was younger, but having not started saving until I was 25 (almost 26), I can’t help but think about how much easier it would’ve been if I’d started younger.

Now we have an emergency fund of about $9,000, I often look back and remember feeling crippled with worry over things like car services or a leaking toilet. These things are never going to be enjoyable to pay for, but knowing there’s some money there takes such a weight off.

I’d always associated meal planning with dieting, but never with budgeting. I cringe when I look back at how we’d just go around the supermarket without a concrete plan, sort of deciding on our meals as we went around and having zero idea how much the total would be at the checkout. It doesn’t feel like it at the time but it costs way more, and you’re more likely to forget an ingredient and have to go back.

4. Given up trying to impress other people

If I’m honest, when I see content about ‘keeping up with the Joneses’, I don’t really relate. I was never the type of spender that bought something just because someone else had. What I did do, though, was buy things that I thought would change who I was, to impress other people that way. My bad spending habits weren’t a case of buying a new car because the ‘Joneses’ had one. It was buying an entire outfit that made me look as thin as possible so the Joneses could validate me.

I used to prioritise quantity over quality. Presented with 3 pairs of $29 jeans or 1 pair of $90 jeans, I’d always choose the former. Not necessarily consciously, I’d just only ever consider cheap stuff. A $90 pair of jeans wouldn’t even be in my consideration set. It was all about instant gratification and being able to have more, rather than have what I actually want.

Now, I’d rather spend $90 on a pair of jeans that actually fit and that actually last, rather than repeatedly buy cheaper pairs that don’t actually serve what I’m looking for.

For obvious reasons! The earlier you start investing, the more time your money has to grow. At the moment I’m investing about $400 per month, but if i’d invested just $40 a month five years ago, I’d have had such a head start compared to only diving into investing in 2019.

7. Realised that small amounts do matter

I used to think I just didn’t earn enough to save. When I was earning around $40,000 and paying rent, public transport and all the other unavoidable costs of living in a city, I could only create so much space between my expenses and my income. For that reason, I dismissed the option of saving $30 here and $50 there, because it didn’t satisfy my craving for instant results. I’d think ‘there’s no point sacrificing $30 a week because in 3 months I’ll only have $360’.

If I’d thought bigger picture and realised that in two years I’d have over $3,000, I’d have given myself a major leg up later in my twenties, or made things like traveling home for friends’ weddings much less stressful.

8. Started saving for no specific reason

I think I avoided saving because I didn’t have anything to save for. I had a friend who diligently saved 50% of her income when we worked weekends at school, and I remember thinking… but what for? I can’t quite believe how naive I was, and wish I’d had the sense to just save something.

I think on some level I lived in this sort of teenage arrogance that I could just earn more money. I’d worked since I was 15 and was always picking up extra shifts, so I seemed to think that when I decided to start saving, I could just work more and it would be easy. I palmed it all off as a ‘future me’ problem, but remember – knowing how to do something is one thing. Actually doing it is another. I had no idea the level of bad habits I was building unconsciously, and didn’t realise I had to actually learn how to manage my money.

A bit like a diet, I thought that having a bad week or an expensive month meant it wasn’t worth bothering anymore. I always saw budgeting and saving as a quick fix, not a long term lifestyle adjustment that could be leveraged to balance out bigger spending seasons.

A long term mindset would allow me to view the year or the quarter as a whole, and actively plan my life to optimise what I had. 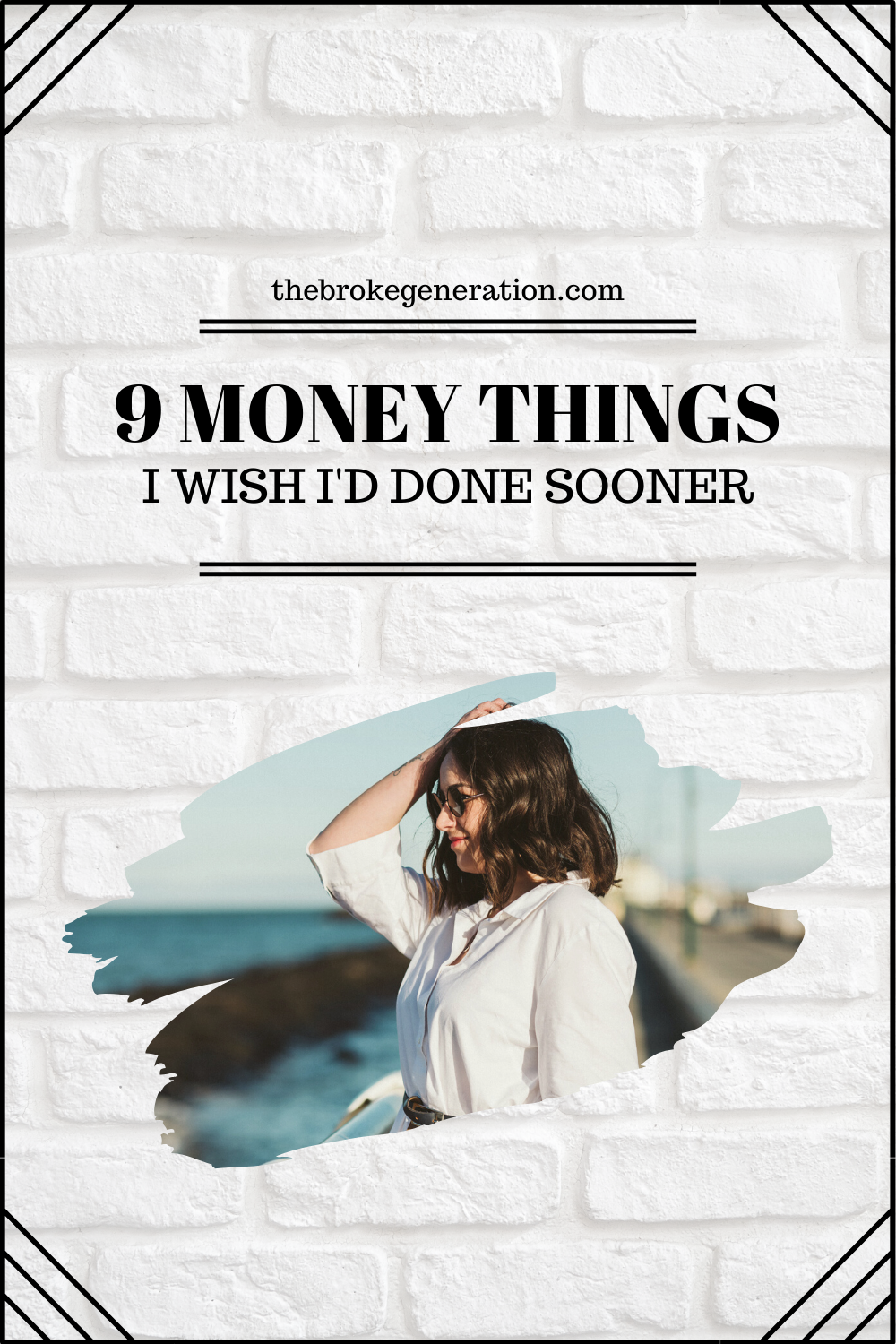