We’ve long been surrounded by a narrative that only favours talking about money if you have it. Rich business people talk about money all the time, investment gurus discuss their wins and losses all the time. It’s like we’re only capable of being emotionally detached enough to discuss money once we have it. And it’s true. It’s a lot easier to say you don’t care about discussing money if you have it.

But this secrecy and judgement around money – both our own and other people’s  – has left us with a major shame hangover. This has contributed to widespread money biases, that demonise money itself rather than the person who has it.

Here are 7 negative money biases you might relate to, that are totally worth shaking as you move forward in your journey to financial confidence.

1. Asking for money is gross

Women tend to feel this more deeply than men, but often we struggle to ask for more money at work or when pricing products and services in business because we think it makes us bad people. We think that standing there and saying ‘this is my skill and this is what I’m worth’ is ‘gross’, but it’s really no different to asking for anything else. If you went to buy apples and a bag of 6 was $1, and upon paying the cashier said ‘no, you only get 5 apples for $1’, you’d have something to say about it. You’d have no issue with expressing that you should get the same number of apples as everyone else. But when it comes to asking for money directly, we freeze, and think that accepting less than we’re worth makes us better people, and that we have to fit into someone else’s box to be accepted.

Have you ever looked at a reality TV star and thought ‘ugh, just doing it for the money’? I have. And while selling out and doing shady shit for money isn’t what I’m advocating for, in many cases doing things for financial gain is perfectly fine. Why does assuming that someone did something to set themselves up financially? Because we’re taught that wanting money makes us ugly people, and that it causes betrayal, hatred and selfishness.

3. Being poor makes you a better person

… because people won’t judge you. Often we get stuck in this ‘race to the bottom’ mentality, competing for who’s got it harder, who’s worse off, because nobody wants to be seen as the one with the money.

Everyone always says ‘if I won the lottery I wouldn’t tell anyone’. Why is that? Why wouldn’t you want to share your wealth with the people you care about? Because people would judge you. Which leads us onto point four.

4. Being wealthy makes you a bad person

You might think you don’t want to be rich. That’s because we associate wealth with shitty people with even shittier morals. But I’ll bet given half the chance, you’d love to support your parents in retirement, or be generous to causes you care about, or have enough money to make meaningful change.

Being wealthy doesn’t mean being a billionaire hoarder. Maybe for you it means being comfortable, maybe for you it means having a level of wealth that allows you to support your family and give generously. Investing early and enjoying fruitful returns doesn’t make you Jeff Bezos. He has money and chooses not to do good shit with it. It’s not the money that doesn’t make change, it’s his decision. If you had that money, nothing’s stopping you rewriting the story.

5. Earning money has to be hard

Did your parents ever tell you something along the lines of ‘I know work is hard but it’s just something you have to do’, or ‘nobody likes their job, it’s just a fact of life’?

It contributes to a bias that work has to be hard, and it can actually render us resentful of jobs we actually do enjoy. Because we think jobs have to be hard and it’s just something crap that everyone has to do, we get stuck in the mindset of work being a burden. So much so that often we struggle to let ourselves enjoy work – or allow ourselves to make the move to a point where we enjoy work, or make a living doing something we love.

This is what boomers think about millennials, and while we might think we repel the stereotype well, this narrative probably contributes to some major negativity. Being driven doesn’t make you greedy, though it can be seen that way because to some people it looks like you’re just not happy with where you’re at. This gaslight-y thought process guilts you into thinking you don’t deserve more, when in actuality, you can aim for as much more out of life as you want.

There’s this line in Sex & The City where Samantha Jones (the real queen) says this:

It’s just money, it’s fluid. Someone needs it – you give it. You need it – you take it.

And this is the way it should be if you need money. Yes, okay, there are definitely issues with lending money to friends, and I’m not saying ditch your bank accounts and keep all your money in a communal cauldron for all to pick at. But we’ve created a society where accepting government support is shameful, accepting support from an offering parent is weak, accepting support from even a partner isn’t something we want to raise our hands to. 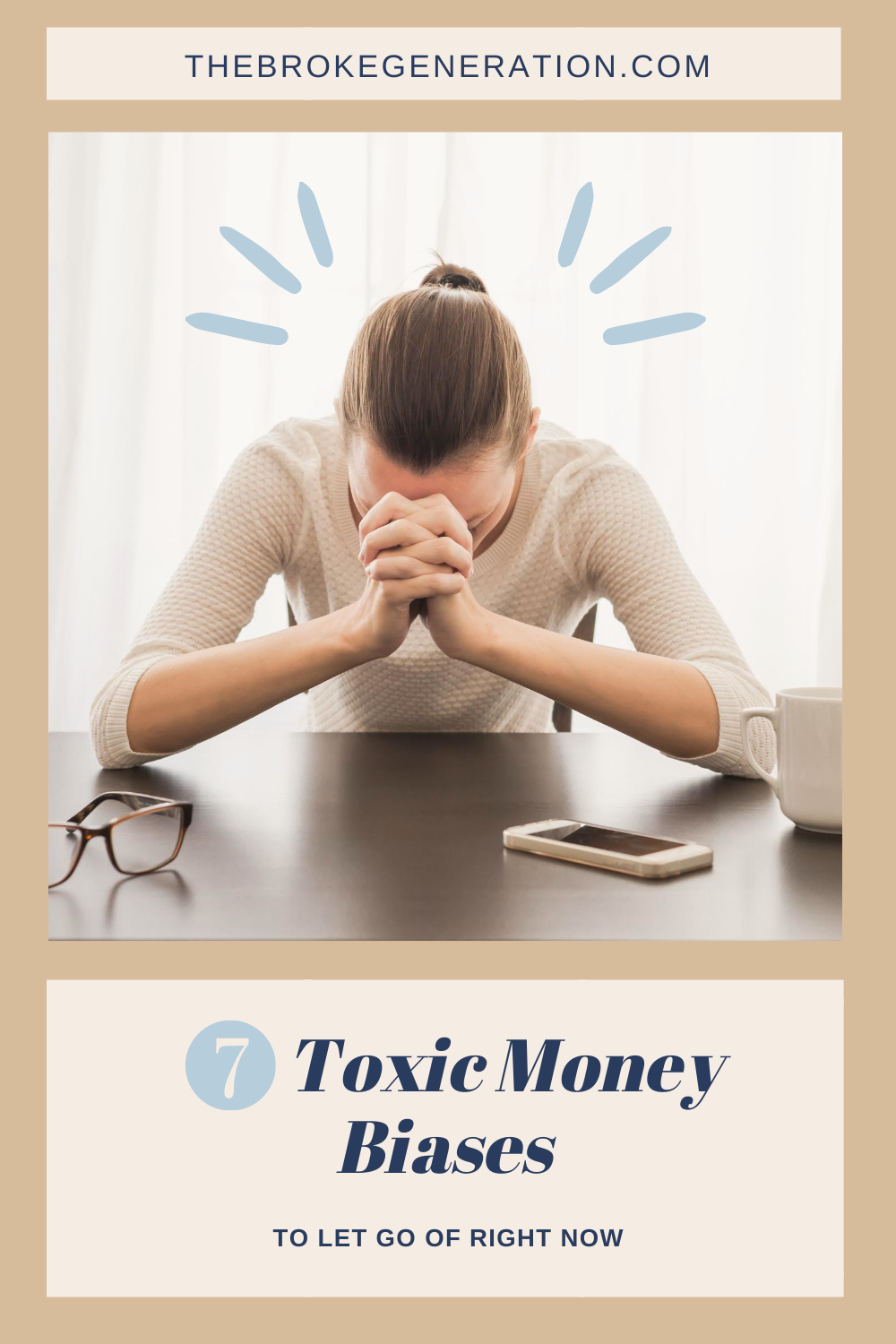