6 Things That Cost More as a Woman

6 Things That Cost More as a Woman

The financial landscape for women has come a hell of a long way. Less than 50 years ago, women couldn’t open a bank account without a man present to sign her permission. But while we’ve made major progress in facilitating women’s financial independence, there are still huge imbalances in how much women earn (and are able to earn in their lifetime as a result of having to take time off for maternity leave), AND in how much we have to pay for stuff.

I got to thinking (lockdown’ll do that to ya) about all the things that cost us more as women, and while there are tons of aspects of life that are more exxy for females, these 6 probably piss me off the most:

Recently I jumped in an Uber after leaving a friend’s house (pre-lockdown, don’t worry), and thought, if I was a man I could walk to the station and get the train. That would save me a fortune. I wondered how many women spent money on getting cabs home (which are a risk to women in themselves, unfortunately) because it wasn’t safe to walk home, or walk to the station to catch public transport?

We’re forking out extra to get home safely (that could be spent on another aperol spritz, thank you very much), while men have the freedom to scuttle through dark streets to get to the train. If we get a $25 taxi instead of $5 public transport 3 times a month because we’re scared not to, that’s an extra $720 a year.

Now period tax isn’t a new concept, but it still needs a mention on this list. Not only do we have to pay for actual sanitary products, whether that’s cups, pads, or tampons, we also have to bear the financial burden of the fuss a period brings. Days off work for cramps, headaches and fatigue, not to mention time off for doctors appointments, costs of prescriptions, check ups, new underwear, copious amounts of chocolate, heating pads and pain relief. As if the period wasn’t bad enough, it’s been estimated that the average woman will spend over $5,000 on her period in her life… and THEN we get hit with menopause! Grrr.

Speaking of pain relief, big brands sell specific tablets designed to specifically relieve period pain – and of course they’re charging almost double for it. I think the products were actually forced to be removed from shelves in Australia, but you can definitely still get them in the UK. On quick inspection, I’ve found Nurofen for Period Pain retailing at £4.29 for 16 caplets, while the standard Nurofen retails at £2.77 for the same number of caplets. I can’t help but wonder, if there was a special formulation for ‘getting kicked in the nuts’ pain, would it be marked up!?

Yes, okay, you could argue that women’s haircuts are generally fancier, come with blow waves, serums, coffee and a smorgasbord of styling tools that all cost money. But, it still means a man can go and get a haircut for $10, while women are paying a minimum of $25. Surely trimming my blunt ends is easier than styling the latest Dustin Martin cut?

Razors, moisturisers, deodorant – you name it, the pink ones are always more expensive. Stuffed with features that women are conditioned to fall for, like anti ageing, brightening, smoothing, concealing, companies are able to charge women far more for very similar formulations. It’s all a cycle. By convincing us we need to look a certain way, they can sell us more products at higher prices, by convincing us again that they’re the solution to all our ‘problems’.

Protein powder, resistance bands, arm weights – the blokey ones are always way cheaper than the cute girly ones. Yes, there are different formulations available, but ultimately, a meat-head-worthy 3kg tub of whey protein isolate can come in at a third of the cost of a pink, feminine alternative. The same goes for resistance bands, gym clothing and equipment – design it for a female and you can mark it up much higher, because you’re not just selling her a set of weights, you’re selling her the lifestyle of a slender woman, and she can’t put a price on that. Obviously. *eye roll*

Of course there are tons more things that cost women more. Some reports show that women are charged higher interest rates on their mortgage, pay more for cars (despite the fact all the safety features are designed for men), and fork out higher mark ups on clothing.

While there isn’t a direct solution to this long standing issue, as women we can protect ourselves and open our eyes to when we’re being charged more and avoid it. Don’t fall for period pain medication when it’s got the same 200mg of ibuprofen as the standard formulation. Look at ingredients labels rather than packaging designed to woo you when you buy things like protein powder, and don’t fall for the myth that all women’s razors have to be pink. Men’s ones are just fine (and way cheaper!) 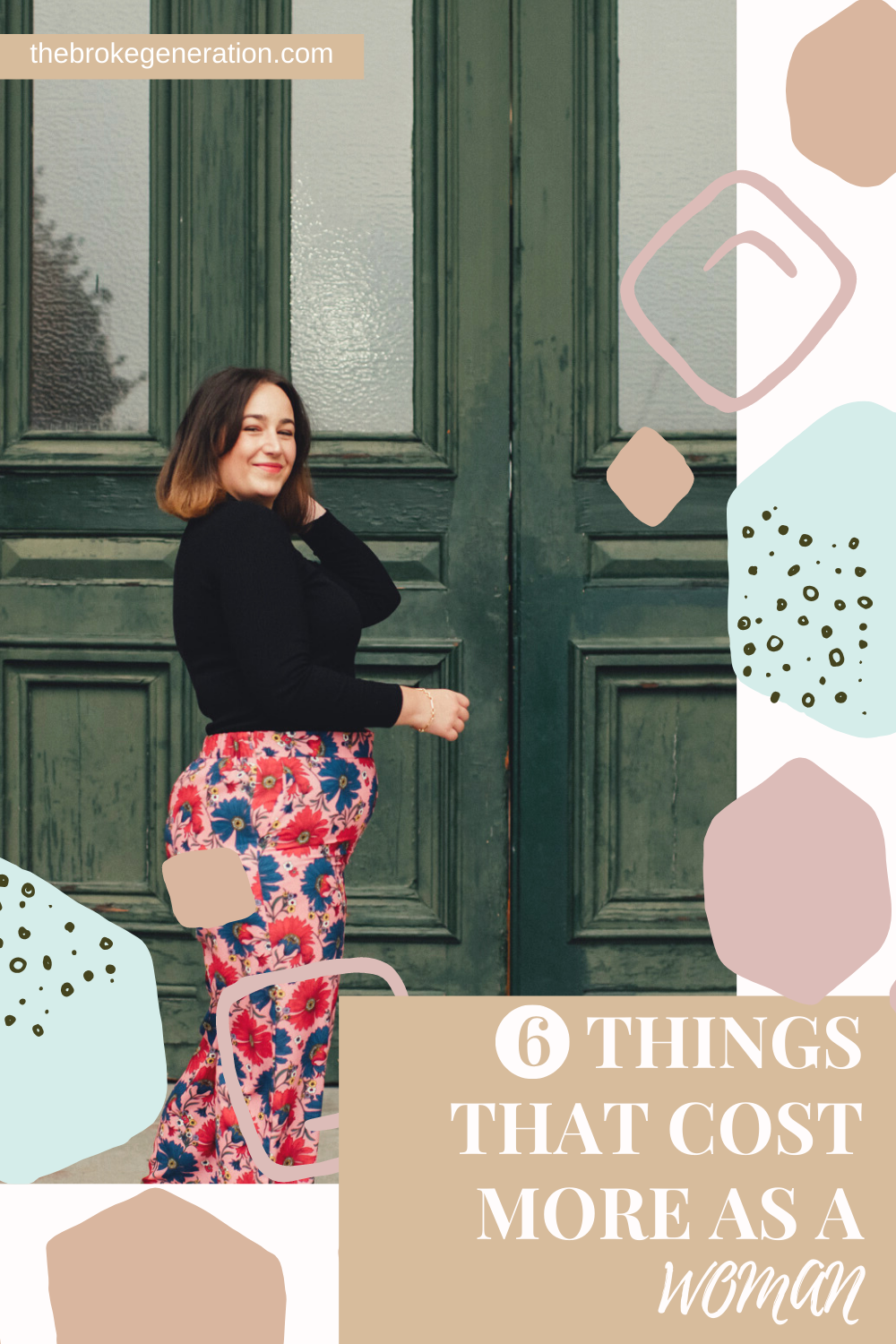 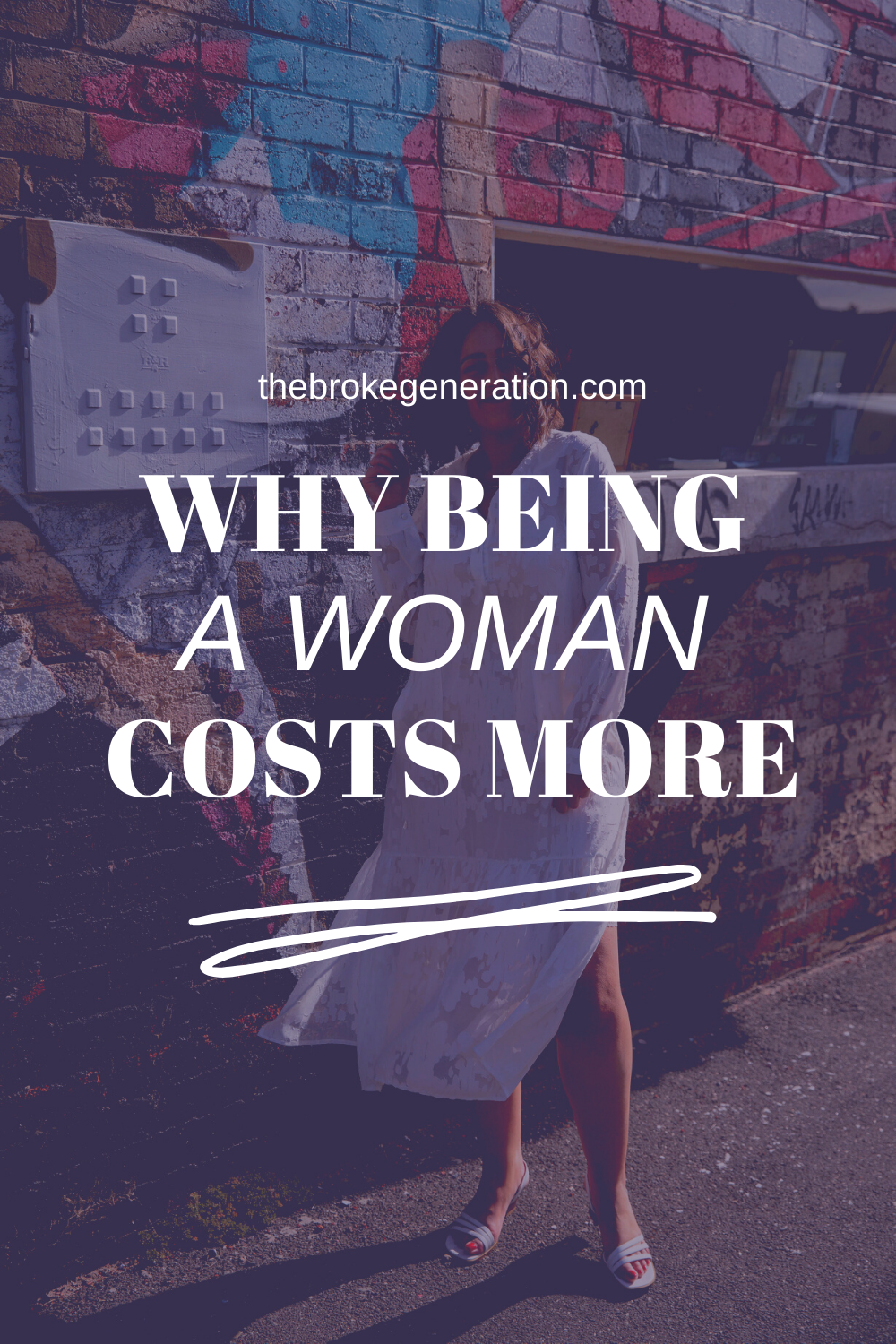