Firstly let’s all howl at the audacity of this post. I’m literally the messiest person on earth, I do one apartment glow up and here I am giving out home organisation tips LOL. *plays Ironic by Alanis Morisette*

But no. Seriously. Since isolation began what feels like 74 years ago, I’ve really been working on keeping my home nice – hence the apartment glow up. I’ve no longer got the excuse that I’m dashing off somewhere and don’t have time to wash up, and having to actually spend 99% of our time in here does compel even the laziest of people (me) to want to keep things cute.

I’ve rounded up my top 5 tips on becoming a tidier person, particularly if you have a small space.

1. Give everything a place

This is tough in small apartments because that ‘place’ might not be obvious – and you might have to create it yourself. I’ve always scoffed at this tip because in a bathroom with about 3 inches of storage space, putting things back where they came from isn’t actually that easy. What I’ve done is opted for small hacks that will help me get in the habit of putting things back. Small caddies, baskets or boxes for your stuff make that action of putting things back where they came from way easier, because that ‘place’ actually exists. Even if it’s something like a tray for your jewellery, or a mat for your hair straightener. Making a home for those things you leave out is a whole lot easier than assuming it’s already there.

The reason I’d never accessorised before was because I thought extra ‘stuff’ would just make keeping things tidy even harder. More stuff = less space, right? While logically true, making my space nice with accessories actually compels me to want to keep it nice – or at least restore it to its niceness when I’ve messed it up.

Before, my apartment didn’t thrill me even when it was neat and tidy. That meant I had little-to-no motivation to actually keep on top of it. Making it cute, cosy and aesthetic makes me want to keep at it, so I can enjoy the spaces at their best. It’s all about making clearing up as rewarding as possible.

Cheap things like throws or cushions are a really simple way of adding appeal to your spaces without blowing your budget.

3. Time how long it takes to do annoying tasks

I always seem to think that I simply cannot clean up the kitchen before bed because it’ll take forever. When I actually do it, though, it usually takes minutes – especially if I keep on top of it and clean as I go.

Time yourself doing those annoying tasks like washing up or vacuuming, and remember that when you’re trying to wriggle out of doing it. A quick 5 minute vacuum makes all the difference to your space, but it feels like a herculean task when you’re dramatising it in your head.

I’ll admit, my approach until recently has been ‘mess everything up in a flurry and then deal with it at the weekend’. After which I’d moan about the fact half my Saturday was taken up cleaning, and blame it on our small space.

Now, I do stand by that those with even one spare bedroom or a laundry room know not of the perils of small spaces. In an apartment where you have a bedroom, a lounge, a kitchen (with no dishwasher) and a small bathroom, there are always things that you just have to accept. Drying laundry will always be in view. Our washing basket will always be ‘out’, because it’s too big for our cupboards. Unless we want to turn the taps on every 5 minutes, there’ll often be a knife or a mug in the sink to be washed. But I’m gradually realising that other things actually can be done in small spaces – you just have to keep on top of it.

This ties in with point 3 about timing your pesky tasks. Once you know how long things take, you’ll be surprised how much of a difference you can make in a 15 minute power session.

Set an alarm on your phone for a 15 minute clean down each night. Make it late enough that you’ll be finished in the kitchen, but early enough that you won’t already be in bed. Fluff up your couch cushions, wash up that mug, put away that pan, fold that throw, take those glasses into the kitchen… those tiny tasks once a night make everything seem so much more manageable.

Putting things away is great when everything’s all organised. But when your cupboards get all messy and disorganised, putting that pan away suddenly becomes an almighty challenge. Instead of leaving it until your bi-annual sort out, break down the tasks into chunks and revisit your storage setup more regularly. This means you’ll organise it more often, catch it before it gets too crazy, and notice things you’re not using.

Doing so will help you stick to your new habits, too. It’s all about making it easier for yourself, and overloaded storage does the exact opposite. Putting things away has to be desirable and rewarding, not a big stress when everything comes crashing out in a pile on the kitchen floor.

The key takeaway – make it as easy for yourself as possible. Break down the barriers to keeping organised, and find solutions. Storage too full? Get another box or set of drawers. Benchtop look cluttered? Use caddies to give everything a home. Hate waking up to dishes? Clean as you go and do it each night.

It’s definitely a learning curve and if like me, you’re not naturally neat, it’s tough at times. But by making it as rewarding for yourself as possible, new habits can begin to form. 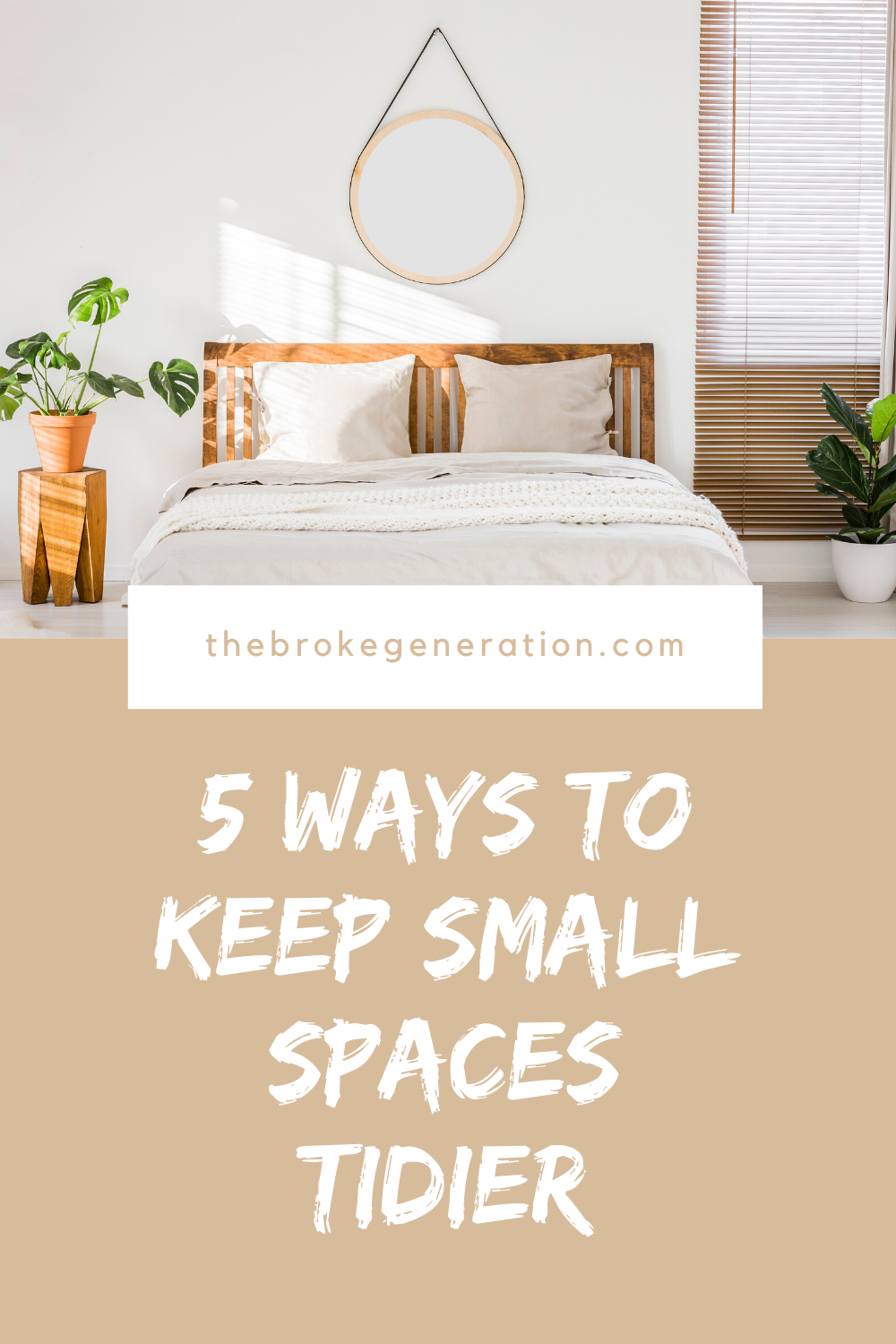 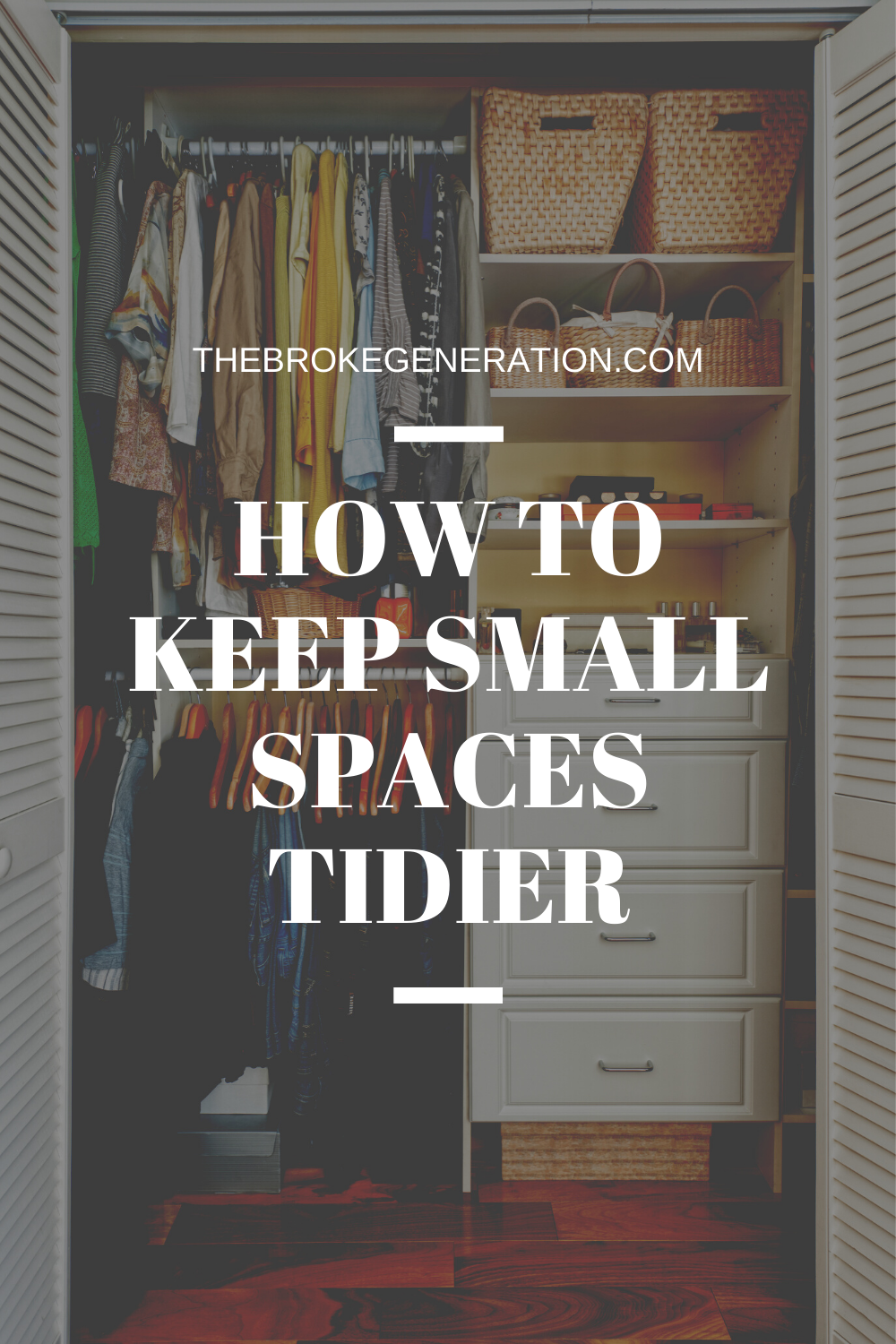