How I Paid Off My Credit Card Debt

How I Paid Off My Credit Card Debt

My credit card debt wasn’t ever a huge part of my TBG identity. That’s largely because by the time I started TBG, I’d made some pretty good headway in paying it down, and it just became part of my savings routine that a portion of that money would go to debt. I also wasn’t doing anything particularly magical to pay it off, so there wasn’t a great deal of content other than another ‘put $200 in savings and $200 to debt this week’ post.

But now I’m out the other side, I can see my debt through a clearer lens and to talk about in a more pragmatic way. I think it’s important to normalise paying off debt, and remove the stigma and shame around it. I talked in small snippets about paying it off at the time, but this blog is kinda everything all in one place.

How I got into debt

Let’s go back to the beginning. How did I get into debt? If I’m honest, I don’t really know. My late teens and early twenties were plagued with terrible spending habits. I was obsessed by clothes and I’d throw money at my problems, many of which were self-esteem related. Spending money made me feel better, basically.

But I didn’t buy ridiculous designer bags or overly lavish meals or holidays. I felt like I did things on a budget, I worked a lot of hours at my part time job during uni, and I’d always understood money. I just wasn’t putting any of my knowledge of numbers into practice. I think my confidence around money was actually to my detriment, because I felt like I could always just earn more of it.

If I’m being honest, a lot of my debt came from spending for three reasons:

I didn’t have much on my credit card when I met Mr TBG and was living in London, but by the time we started flying across the world to see each other, and me eventually moving over to Melbourne, the debt started to rack up again.

From then, I used the long distance thing as an excuse to stay in debt. I’d tell myself that most people didn’t have to make a long distance relationship work and pay for flights, so it wasn’t my fault. I buried my head in the sand and thought everything would work out and I’d just pay it off one day.

But then I just got stuck in the cycle of putting things on my credit card when I wanted to pretend I hadn’t spent the money. I’d see a dress I wanted, think ‘hmm I can’t really afford that right now’, and then put it on credit. Because if it wasn’t debiting from my actual bank account, it was out of sight, out of mind.

Again, it wasn’t that I was strutting into Balenciaga and putting a $3000 bag on credit. I’m talking a $29.99 dress from Pretty Little Thing. I think this type of debt is often glossed over in the media or in debt talk. Most stories revolve around $50,000 worth of debt on designer bags and shoes, or eating caviar for breakfast, not a couple of fast fashion dresses and a few tanks of petrol.

My debt was the kind of debt that you don’t really have much to show for, which made it even more difficult to deal with.

The pay off cycle

Then came the cycle of paying a chunk off, and eventually putting it back on. For some reason in my mind I’d feel like because I’d paid off $1000, I could whack a quick $85 on there and it wouldn’t make a difference. Like nobody would notice or something.

That, plus of course some interest, meant I was just treading water and never really getting anywhere.

I’d start to build up a little bit of savings, but couldn’t bring myself to pay it off the credit card. I wanted so badly to just start over again and make the debt go away.

That in itself sabotaged my ability to save, too, because being the impatient all-or-nothing person I am, I couldn’t persist with savings because I knew I couldn’t reach big numbers while paying off the debt.

The moment it clicked

I can’t remember exactly when it was, but I reached a point when enough was enough.

I paid any savings I had off my debt, and then set a plan to pay the rest off by the end of the year – there was about 30 weeks left of the year I think. I took the total and divided it by 30 weeks, and decided to pay $200 off a week, and put another $200 in savings. For every dollar I paid off my debt, I paid myself too.

Now this is a controversial topic in terms of debt management. Some say you should save through paying your debts off because it stops you having to use the credit card ever again and you break the cycle.

Others say you shouldn’t because, of course, $200 in a savings account with a 2% interest rate is far less valuable to you than smashing down a credit card with an interest rate of 15%.

I chose to save through the debt pay off, firstly to break that cycle I’d been in of using the credit card every time something came up. But also because I wasn’t paying much interest because of an interest-free promotional period.

By the last week of 2019 I had about $1000 left on the card, and I just smashed it down with some money I’d got from a freelance job. It cleared on January 2nd of 2020 and it was just the most amazing, refreshing way to start the year. I’m so glad it’s gone, and I’m actually so grateful for the money lessons it taught me.

There is one silver lining to having debt, and it’s that you’ll become incredibly powerful when you start to pay it off. The discipline required to put money into paying something off is like nothing else.

Saving money is much easier than paying off debt because you get the excitement of what you can spend it on, but paying down debt feels like throwing money at someone you used to be. It’s essential in moving on with your life away from debt, though, and you’ll come out the other side with a new appreciation for your money. When you pay it down systemically like I did with the $200 a week, there’s no feeling like the first week after you’ve paid off the final balance! You get to keep that $200!

Top tips for paying down debt 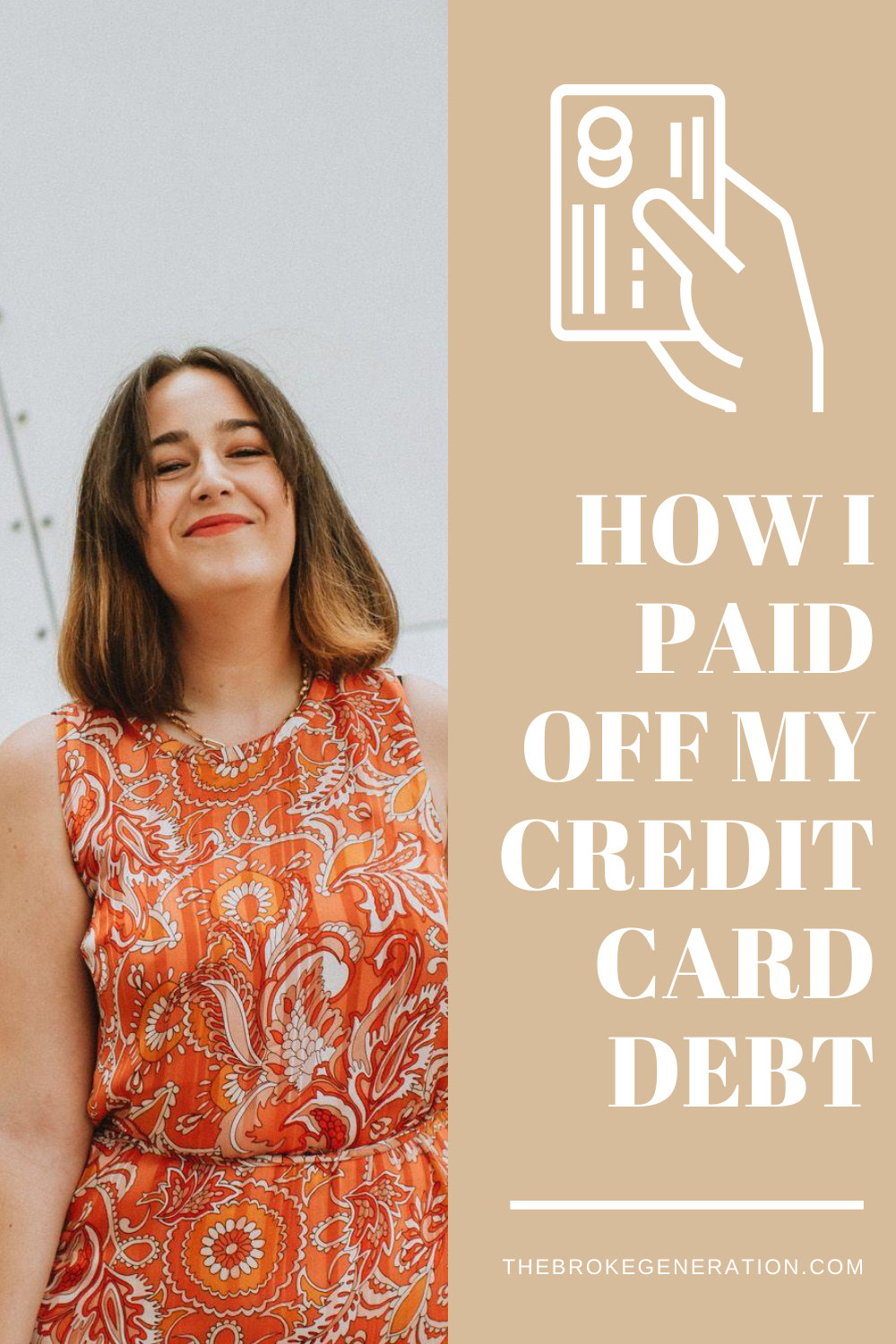 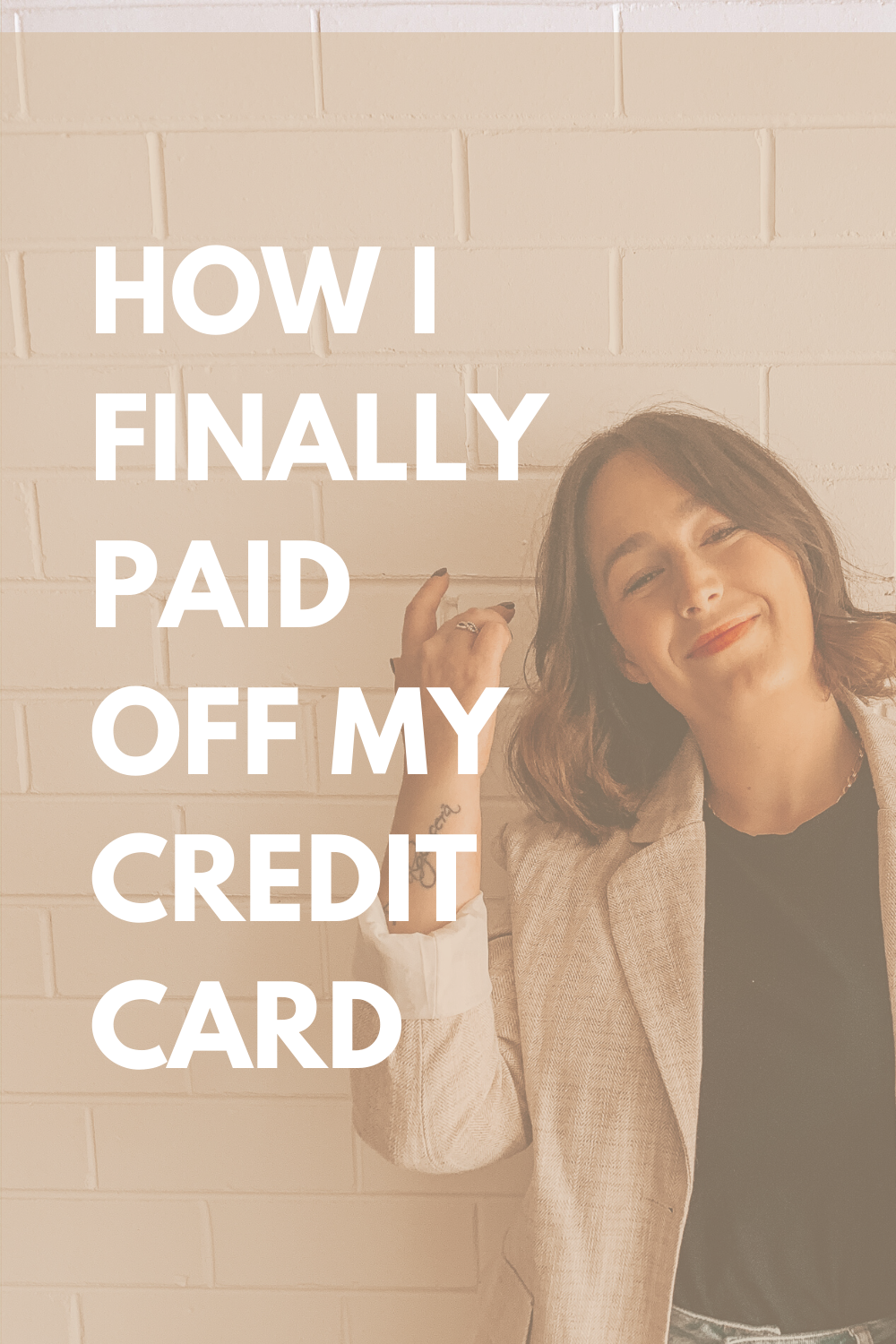