How I Moved to Australia

How I Moved to Australia

This blog post is kindly sponsored by OFX, but all opinions and experiences are my own.

If you’re looking to move overseas, live and work in Australia, or apply for the 820/801 partner visa – or you just fancy a nosey into my life over the past 5 years – you’re in the right place!

Let’s go way back to the beginning. In 2013, I was living in London with my housemate, who’d started dating an Australian guy who was living in London with a friend. After a few months of them dating and me making awkward small talk with his friend (who we’d invited on some weird pseudo double dates to make him feel better about the fact that his mate had copped off with an English girl), he and I got together. And yes, that friend ended up being Mr TBG!

Now what should’ve been a glorious happy ending walking hand in hand into the sunset ended up being an immigration nightmare. 9 days after we got together, Mr TBG flew home to Australia. That was his plan all along, as he’d deferred uni for a year to travel Europe – and thus began 15 months of long distance while he finished his degree. From January 2014 to April 2015, we maintained our relationship with short visits, Skype calls, and a lot of Whatsapp messaging. Say what you want about technology – it really helps make long distance easier.

In 2015, I quit my job, moved out of my flat and moved in with my Mum for 3 months while I saved. I applied for a working holiday visa (subclass 417) to go to Australia, which cost about £200 I think. I frantically saved up the $5000AUD entry requirement (admittedly by shoving a lot of stuff on my credit card, sigh) by schmoozing so hard at a waitressing job to earn all the tips I could. Once I’d saved, I packed up and flew to Australia in April 2015 with a heart full of hope, a lot of judgement from everyone I knew, and no effing idea what the hell was going to happen. We moved into a tiny, mouldy apartment, and finally we shared a postcode (n’awww).

Side note on the entry requirement: no, they didn’t check at the border, but I wasn’t really willing to risk it!

Scratching about for any work I could, we saved up $7,000 throughout the year to pay for my de facto partner visa, which I lodged 11 months and 29 days after arriving – about 3 days before my working holiday visa expired. Having to save that money was the first time I’d ever really stuck to saving anything in my life. The deadline of either paying for the visa or getting deported spun me into action, but I was still harbouring a terrible relationship with money, and my bad spending habits soon crept back in once the visa was out the way.

The partner visa in Australia is a complex beast. It’s expensive and a lot of work, but believe me when you’re out the other side it feels so good. I had countless emotional breakdowns and numerous printing, scanning and certifying disasters, but we got there in the end. If you’re applying for a similar visa, you might be interested to know how long it took for my partner visa to come through. Here’s my 820/801 partner visa application timeline: 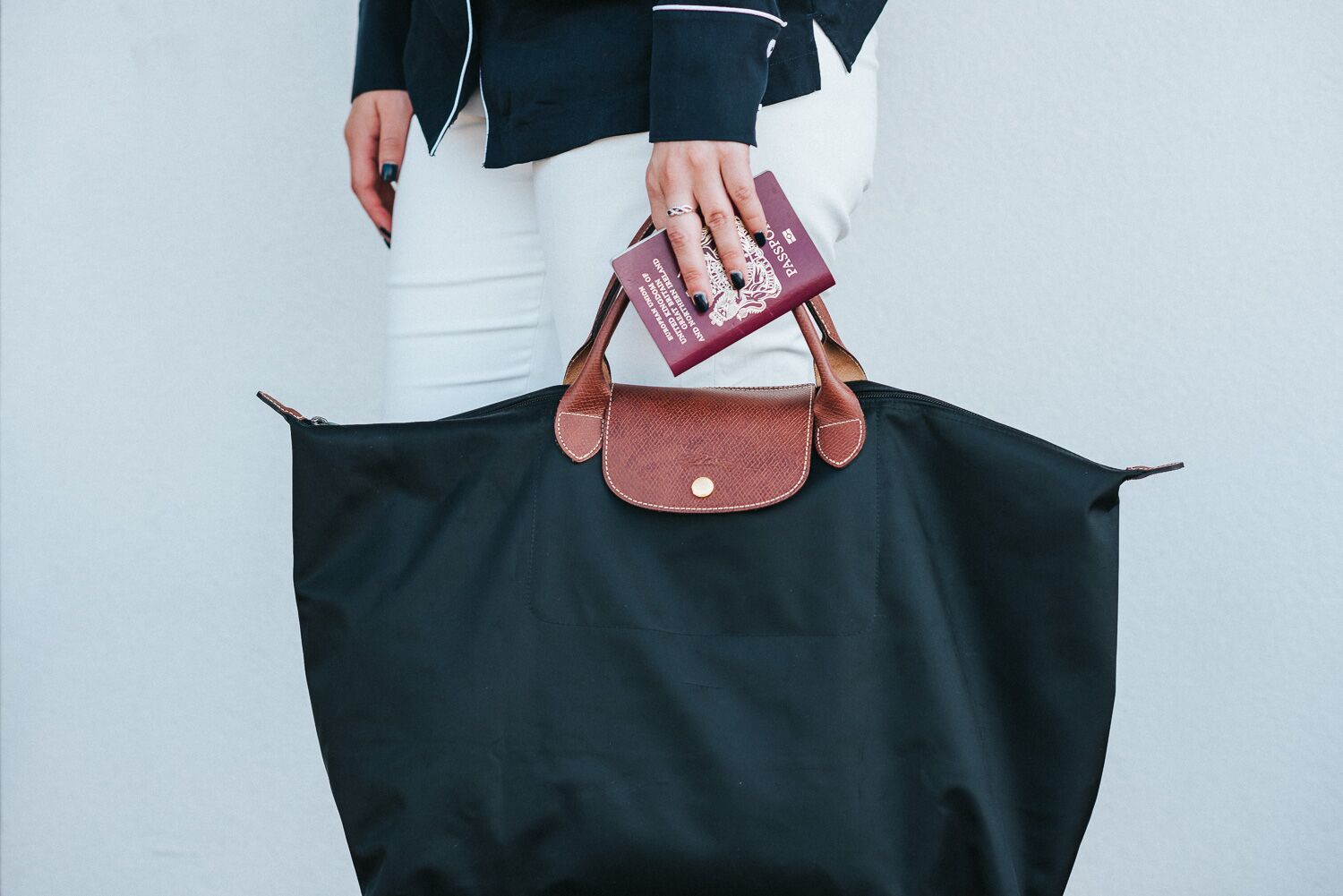 Despite being so similar to the UK in so many ways, if I’m completely honest I found it really difficult to adjust to life in Australia. I made the mistake of assuming that winter in Melbourne would be like summer in the UK – HAHAHAHAHAH WRONG. I saw coats in shops and scoffed wondering what on earth they were for. Yeah, turns out it gets preeeeetty chilly in winter, so when I arrived fresh from the UK winter with a suitcase full of shorts and crop tops, heading straight into the colder months of Melbourne wasn’t quite how I’d pictured it after years of watching The Sleepover Club.

I did eventually settle, though. One of my biggest tips for anyone moving countries is to just stop comparing everything. Prices, time zones, different names for things. All you’re doing is highlighting the fact that you’re away from everything you know.

Making friends in Australia was tough, and for a long time I pretty much relied on my work connections for any kind of social life. Moving overseas for a partner is isolating. You’re not in the usual traveling environment where you’re meeting other people just like you – all you’ve got really is an extension of your partner’s social circle. Don’t put too much pressure on it. The harder you try to ‘fit in’ and find people you really like being around, the less progress you seem to make. When you just relax and let people flow in and out of your life, you’ll soon notice the ones who stick.

Finding work on my working holiday visa wasn’t easy. I sent out applications for weeks and didn’t get so much as an interview, and the first job I ended up getting was through a tip off from someone my partner knew. The way I really made progress, though, was from the cold emails I’d sent ahead of moving over. I wasn’t too long out of university, so I didn’t have a slew of high level jobs on my CV. My lack of experience coupled with a 6-month-per-employer work restriction just didn’t make hiring me that desirable to employers, so I took matters into my own hands.

I followed up on the replies I’d got from the numerous companies I’d emailed, and set up coffee meetings. In the meantime, I wrote blogs on an old website I set up, just so I’d have something to show for myself. Within a few weeks I had freelance work from two content agencies, which meant getting an ABN. Yes, you can get an ABN on a working holiday visa, and you’re allowed to be self-employed, too. These first two agency contacts really set me up, and I ended up working with both of them for years afterwards.

Handling money when you’ve just moved to another country is stressful and overwhelming. You don’t know the banks, don’t know how much stuff costs, and don’t even get me started on transferring money home.

Luckily, there are so many tools and services online to help you with handling money internationally, like OFX. I still pay my student loan back monthly from my UK account, and I was paying off an old credit card in the UK for a while as well.

That meant regular transfers from my Australian bank account where I was being paid, to my UK bank account where my debits were coming from. The first time I tried to transfer through my bank, I couldn’t believe the fees. OFX’s rates are always better than the banks, and you can get 24/7 customer support no matter your time zone. With over 55 currencies available to send between 197 countries, it really takes the worry out of international transfers. The first time I sent money overseas, I freaked out that it would get lost in the internet… but you get regular updates and your money gets converted in as little as 1 business day.

It made coordinating things like planning my friends’ hen parties so much easier, because I could contribute to the costs by sending exactly what I needed to each time. Safe international money transfers can also come in handy if you run a small business or side hustle. With so much of the online business space going global, you can hire a graphic designer in America, a VA in Europe, or a content writer in the UK, and pay them quickly and securely, with the help of round-the-clock currency specialists at OFX.

How life has changed since living in Australia

No matter how long you’ve lived overseas, you always have this weird sense of confusion when it comes to where’s really home. There’s a quote about travel that says:

“You will never be completely at home again, because part of your heart always will be elsewhere. That is the price you pay for the richness of loving and knowing people in more than one place.”

It really struck a chord with me, because I really do think my heart will forever be in both places. I’ll admit I’ve fallen for the familiarity of Australia having been here so long. The fact it was the place I’d long to be in, the place I’d sob my heart out to leave, the place I wished I was when I missed my partner in those early days of long distance makes it special to me in some way. And of course the perks of summers that last longer than 18 minutes, high minimum wages and a slightly less severe overpopulation problem that means you can actually get a table for brunch on a long weekend.

But at the same time, the other half of my heart belongs to my country. Despite what’s to come for the UK in 2020 and beyond, despite its crap weather and gloomy rain, despite it being so damn busy everywhere all the time, despite appalling political leaders and peanuts for minimum wage… it’ll always be perfect to me. When I land at Heathrow and make hideously British awkward chit-chat at baggage claim and hear the familiar accent of the barista at Caffé Nero terminal 3 as I order my perfectly drab coffee, it all feels right again. 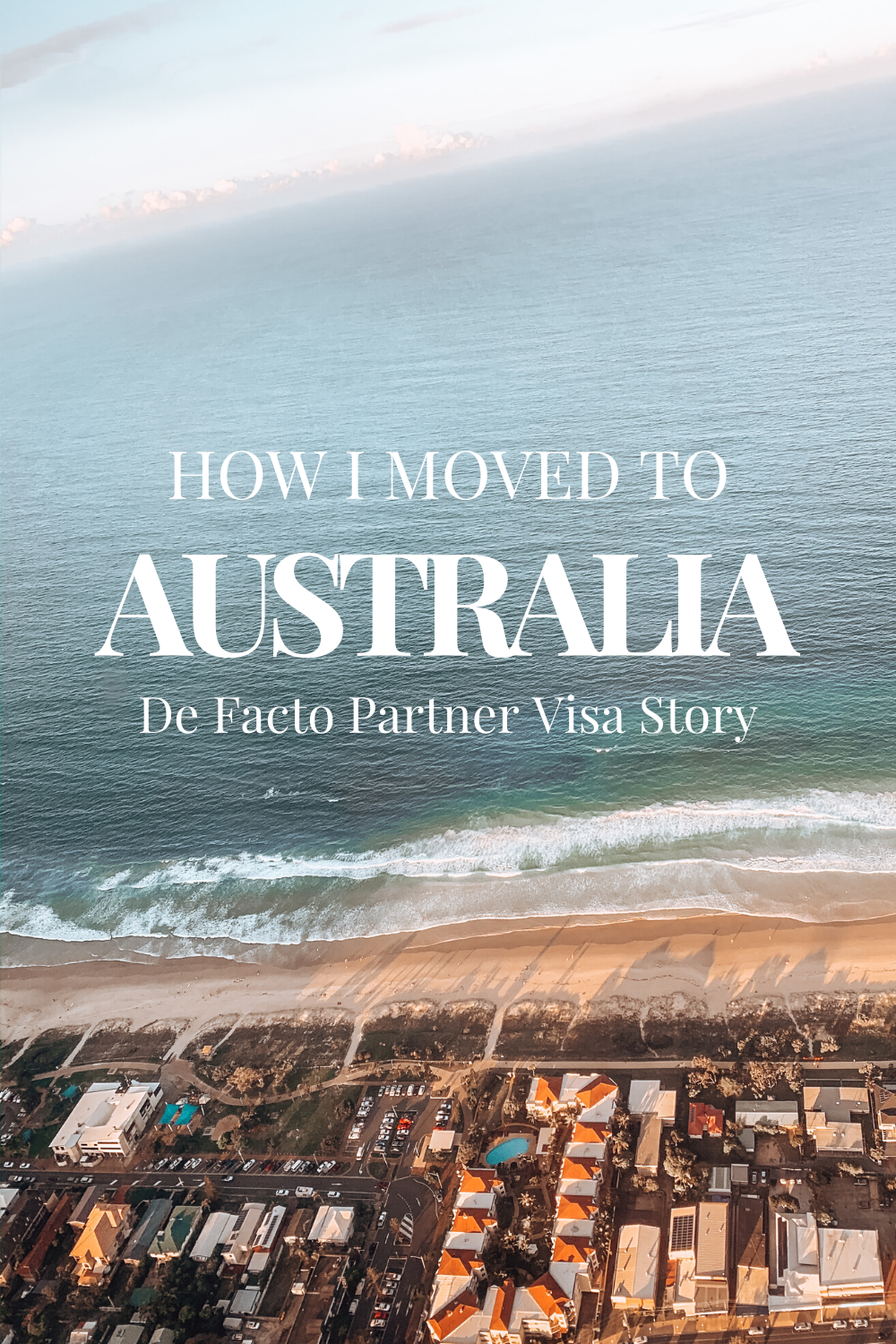