6 Things I Always Do at Job Interviews

6 Things I Always Do at Job Interviews

Let’s be honest, job interviews are straight up nerve-wracking. It’s the fear of the unknown and having absolutely no idea if you’re going to get asked a question you can’t answer, or get called out on one of your slightly-over-exaggerated CV skills, or get your bi-annual bout of spontaneous diarrhoea midway through scraping the barrel on your dicey “transferrable skills” from your café job circa 2011.

Despite this vomit-inducing 45-60 minutes of hell, I’ve somewhat perfected my interview performance (if I do say so myself), and managed to have a fair bit of success in terms of job offers or positive feedback on my interview skills. So, I thought I’d share my top 6 party tricks for nailing a job interview, to help you land the job of your dreamzzzz.

1. Prepare something to take with you.

Now I’m the first to admit I’m a bit of a brown noser at interviews. I pucker up and kiss their asses so damn hard they’re begging me to take the job, and to be honest it’s served me well – so I keep doing it. A big part of this is preparing something to take with me to the interview. What you prepare will depend on what industry/role you’re in. I’m in the creative industry so I tend to prepare something that shows off my skills and knack for ideas. At the very least, it shows you’re dedication and appetite for hard work.

2. Make it obvious that you’ve done your research

Researching the company before the interview is the oldest trick in the interview handbook, let’s be honest. But, that’s often a reactive technique to ensure you don’t get caught out not knowing the CEOs name or what the company actually bloody does.

I’ve sometimes found that I’d do all this research and not get a chance to flex my knowledge of the company, so now I always make sure I say something that proves I know my stuff. If you can, make it something a bit left-of-centre. Not just the stats on the second page of the website. Google the company, find a bit of press they’ve had in the past, or a nugget of info they’d be surprised you knew about. You can drop into conversation in pretty easily, even if it’s just saying something like “oh yes I actually saw you’d been featured in that publication when I was researching the company.”

3. Stand up when the interviewer walks in

Sometimes you’ll be taken to the interview room before the interviewers are in there. If this happens, make sure you stand up to shake their hand when they enter, even if it’s really awkward or uncomfortable to do so. Yes, sure, sometimes you’re trapped at the squishy end of the board room making it tough to get up properly, but at the very least, showing your intent to stand up and formally greet them makes a good first impression.

4. Print your CV or have a digital copy to hand on your iPad or laptop

This is a bit of an old school one, but I still always make sure I do it. Less and less people do it now, but it gives your interviewer one less thing to do. They’ll probably have read tons of CVs, and might want you to talk through some aspects of yours. Making it known that you’ve brought your CV along shows your willingness to do preparatory work.

Another adaptation of the OG job interview manifest, but forget what your Dad says about asking a question at the end. Ask questions the whole damn time! Firstly, it shows your interest in the role and eagerness to learn, and it also gives you a chance to demonstrate your knowledge. Flipping your questions around to say things like like “so would you say that aspect involves blah, blah, and blah, right?” Even if it’s god damn obvious that those things are what they mean, by mirroring what they’re thinking, you align yourself with the way the company works, and prove that you’re on the same page.

Being at the point in my career where I’m involved in hiring decisions has been an eye opener for me. The amount of people who turn up in baggy ripped jeans, off-the-shoulder tops or jackets so representative of their ~aLtErNaTiVe~ personality that it’s got a giant rip in the shoulder and a snot mark on the sleeve is unbelievable. I blame the casual workplace culture that’s come to be – especially in the creative industry – but I still think it’s no excuse. When it comes to interview attire, ALWAYS overdress. With the exception of the very rare circumstance where your dress code directly relates to your capacity to do the job, erring on the side of overdressed will never serve you badly. It demonstrates your respect for the interview process, and looking sharp and like you’ve made an effort helps with that all-important first impression.

Want to make 2020 your best money year ever? Grab your “Be Better With Money” eBook and sink your teeth into 42 pages of worksheets, budget guides and creative ways to make more money. Buy now for the limited time price of $20AUD until Jan 31. 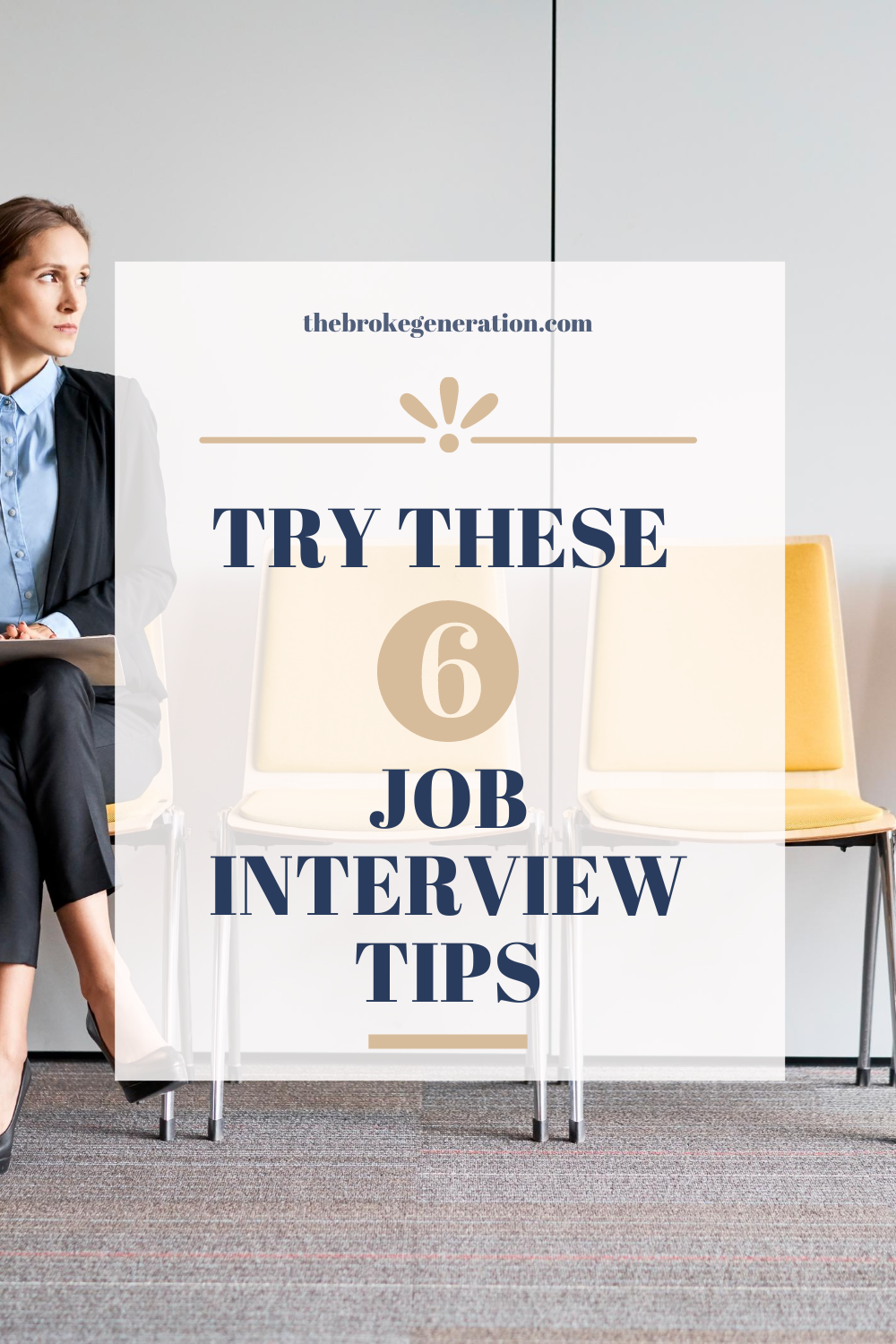