One of my favourite mindset mantras at the moment is “remember when you wanted what you have today.” I find that really helpful when I think I’m not making progress or I’ve let things go to shit. By casting your mind back to a time when you wished you were where you are right now, you suddenly see things from an entirely new perspective.

So today I’m looking back at how my money mindset has changed over the last few years, and delving into the way I used to do things compared to the way I do them now.

What I did then: This sounds crazy to me now, but up until a couple of years ago, I barely used to meal plan. My boyfriend and I would just go to the supermarket and chuck stuff in the trolley with no real plan. On really scattered weeks, we’d fall into that trap of buying a few bits here and there and making it up as we go along. Doing it this way costs so much more, and you end up wasting much more, too. When we did start meal planning, at first we kept making the major mistake of neglecting the weekend and taking that as it came. The problem with that is we’re lazy cooks, which means if there’s no plan and it’s a weekend, we’ll end up ordering in. Disaster central for our bank accounts.

What I do now: Now we’ve started planning for the entire week, it’s much easier to think ‘we ate out last night, let’s just have the pasta we planned as we’ve got it anyway’. Honestly game changing.

What I did then: In the past, whenever I’d get extra income, I’d just absorb that into my week. I’d spend a bit extra on random things, or decide to buy a dress 3 minutes after spotting it in the shop window, all because I “had extra money that week”. Whether it was a gift, a tax refund or some income from selling something online, I’d never give it an actual purpose.

What I do now: Now, every dollar has a place. That’s not to say I budget down to the cent, but it has a place in terms of my financial position. Is it long term savings? Is it fun money? Is it going straight towards a specific thing, like a new website or more stock for my thrift store. Not only does tracking extra income save you from wasting it on pointless crap, it can make you feel abundant by actively putting that money towards bettering your lifestyle – even if that means consciously deciding to splurge it on something you love.

What I did then: well, I didn’t – that’s the problem. I used look at the week ahead and spend all my money, and then wonder why I wasn’t getting anywhere with saving when it came to a bill. Because I wasn’t planning for that bill, I’d end up moving all the money I’d tried to save back over to pay for things. It’s a really scrappy mindset because it feels like you just don’t have enough money, when really you do – you’re just spending all wrong.

What I do now: Now I plan my base budget of bills and fixed costs and longer term savings in 6 month blocks, and then other spending in 3 month blocks. I find my spending habits move with the seasons, depending on what the weather is like, how many birthday’s I have to attend, etc.

What I did then: I used to make purchase decisions based on immediacy. If I wanted something I’d get it, whether it was a dress from Missguided that I’d seen on a celebrity, or something like eyelash extensions or a new hair colour. What I wasn’t thinking about was how much that hair colour would cost to maintain, or how much wear I’d actually get out of that fast fashion dress.

What I do now: Now I think more long term. I don’t get my hair highlighted because it’s not just $350 – it’s almost $2000 a year, and that amount could fund a flight home to visit my family and friends in the UK. That’s not to say I don’t spend – I’m very up front about the fact I do not consider myself frugal. But it’s the mindset behind my spending that’s changed. I do still get my hair cut at a nice salon that charges $80 rather than a cheap $30 one, but that’s something I see value in and am happy with how much of my income goes to that.

What I did then: even on my hardest attempts at saving, I’d still wind up grabbing a $4 coffee here and a $12.99 mascara there, without a second thought. I didn’t ever believe that those tiny thing would make a difference. Instead I’d waste energy wishing our rent was cheaper, or making grand plans of moving somewhere cheaper for a year to save huge chunks every month. I wouldn’t be fussed with interest rates or saving a few dollars here or there, because I thought it was only bigger amounts that were going to get me anywhere.

What I do now: I’ve realised you don’t have to make huge changes to see a huge difference. I love my coffee and yes I still buy them, but I buy them when I really want one, and not out of habit. I’ve gotten used to making my own coffee when it’s simply my morning caffeine hit before work, and I save the special coffee shop visits for weekends, or when I’m catching up with a friend on my lunch break. I’ve realised popping into the supermarket and spending $21 on random spices and dinner extras two or three times a week adds up, so I’ve stopped those habits and seen my savings stack up with barely any effect on my lifestyle. When it comes to saving, I now live by the rule that anything is better than nothing. I started transferring $5 per week into micro investing app Raiz, and before I knew it those tiny transfers had grown my balance by $400.

What I did then: All too often I’d sit down and try to sort out my finances. I’d be impatient for progress, so I’d go balls-to-the-wall on my savings, chucking most of my salary into a savings account and convincing myself I could live o $42 a week or something ridiculous. This would only end up in having to transfer my savings back over, and I’d fall into the mindset that it was too hard and I just didn’t earn enough.

What I do now: I save realistic amounts. Some weeks I save nothing, and that’s okay. Saving nothing one week and saving $250 the next is far better than saving $500 the first week and ending up throwing the towel in and self-sabotaging your way to spending the whole lot with a ‘fuck it’ mindset. I pay all my bills and expenses first, and then work out how much I can realistically save, not stressing if it’s literally $50 one fortnight. As long as my savings are growing and I’m not buying based on impulse or instant gratification (or wasting money on being lazy or unprepared), that’s enough for me.

What I did then: I used to just want “money”. I’d think right that’s it, I’m saving $5000. But I didn’t ever give thought to what I wanted that for. That led to me being disconnected from the goal and ultimately spending it all and thinking ‘what’s the point’?

What I do now: I work through what I want to save for and why – and I got comfortable with actually using those savings for those things. At first it felt gross saving $1000 for a flight and then actually draining that savings account to $0 after buying that flight. But it’s so important to understand that your savings are eventually meant to be spent. Whether that’s in 4 weeks or 40 years – at some point you’re going to spend it. Get visual with what you’re saving for, and you’ll reach your goals so much faster, as you can quantify how each decision moves you closer or further away from that goal. 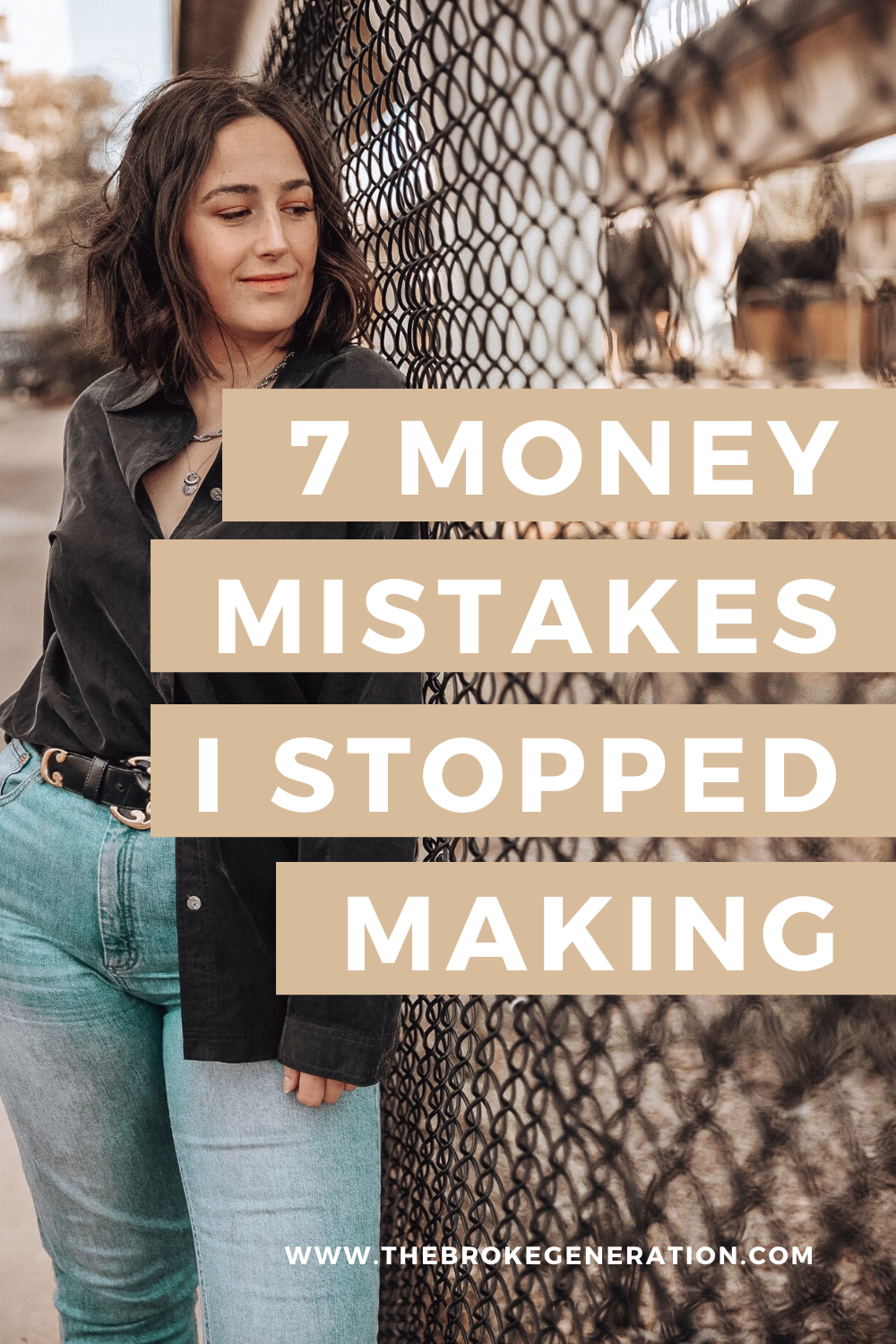 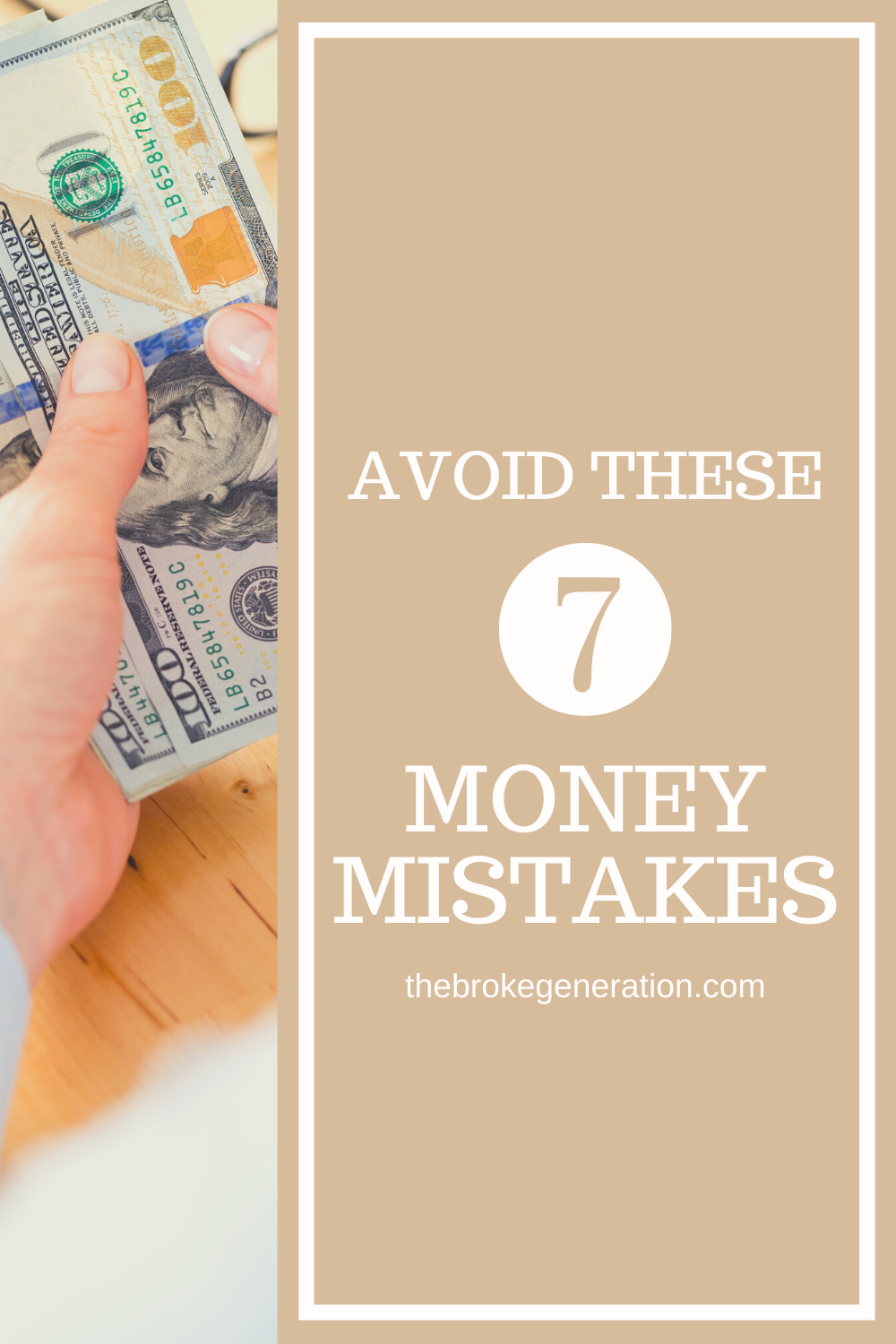 Sneaky lil reshare of this bc it’s almost a new

Seriously tell me how I can book this bloke a Ted

Sometimes we get too emotionally tied to our finan

AD | How to have the ultimate life admin power day

AD | March is Do Your Will Month, and I’m giving