Let’s Talk About Fast Fashion: I’ve Got a Confession To Make

Let’s Talk About Fast Fashion: I’ve Got a Confession To Make

My journey to a more ethical approach to fashion has been a long one. As a fashion and clothes obsessed teenager and young adult, I could have competed for my country as an Olympic Asos order-placer. Seriously, I could rack up a three figure cart with stuff I truly believed I needed quicker than you could say overdraft limit.

But it wasn’t just my bank balance that was suffering. I’ll be the first to admit I ignored the impact my clothes addiction was having on the environment through my early twenties. As sustainability became more of a “thing”, I started to become aware of where my 12.99 party dress was actually coming from. From disgustingly unethical working conditions during manufacturing to the inevitable spot reserved in landfill once my consumerist-driven brain was done with it, I started to think about shopping more mindfully.

While I still shopped at fast fashion stores, I started to cut back on the amount I actually bought, and curated a more neutral, simple and classic wardrobe that would mean less of the throwaway mindset that’s got us to here.

Even more recently I’ve turned my attention to second hand shopping. I’ve actually only bought one item from a commercial fast fashion store since January. For someone who’s postman knew me by name because of all my deliveries, it’s a pretty good achievement.

But aside from being proud of the fact that I’m committing to making a change to my fashion consumption habits – and encouraging others to do so with my thrifting tips and monthly flash sale of preloved classics – there’s one thing nagging at me… and it’s a bit controversial.

There’s a part of me that’s really going to miss fast fashion.

I know fast fashion is bad. I know it is. But there’s a tiny part of me that feels sad that the era of fashion abundance could be over soon.

While my 12.99 party dress was just another notch on my greedy, consumerist bed post, to some people it’s much more than that.

To a single mum who gets one night off being a parent per month, a 12.99 dress could be the one thing that makes her feel amazing, confident and free, without breaking the family grocery budget.

To someone struggling with their identity, the availability of all different kinds of styles, shapes and gender-specific clothing at an affordable price point could be the one thing that allows them to feel unapologetically true to themselves every once in a while.

To someone struggling with body image, that 12.99 dress might be the thing that makes them feel beautiful.

No, I’m not suggesting that all these situations excuse the unethical and environmentally damaging practices of the fast fashion industry. I’m not suggesting that the depletion of non-renewable energy sources, the emission of greenhouse gasses, the environmental nasties in commonly used fabrics and the lack of a living wage paid by fashion giants is okay. Of course I’m not.

But in my boycott of fast fashion retailers, I can’t help but wonder whether I’m doing it all wrong.

If we could keep affordable, accessible-to-all fashion alive, while improving (or ideally eradicating) the problems that come with it, the world would be a better place.

Companies like Cotton On are publicly sharing their journeys towards more ethical and sustainable practices – but efforts like this in the media are often met with an army of angry eco-warriors slamming them for everything they’re not doing, rather than encouraging them for the changes they are making.

In the long run, boycotting the fast fashion giants isn’t necessarily the answer. Despite its damaging impact, its an industry that employs millions of people, and sustains the demand that smaller retailers just couldn’t keep up with.

I’m not the first person to say this, but I wonder if I’m one of the first to admit my sadness – albeit guild-ridden – that the fast fashion era is coming to an end. I know it’s silly. I know it’s a bit null and void. But it’s been on my mind.

If generations to come aren’t able to enjoy fashion in the same way I did through my teens and twenties, it’ll make me really sad.

Yes, we need to change our consumption habits. Somewhere along the line we went too far, got a bit too greedy, and watched a few too many movies that told us ‘outfit repeating’ was a cardinal sin.

But I hope, in time, we can move to a place where commercial fashion is more ethical (and its marketing more inclusive), the true bad guys are cut out of the equation, and second-hand shopping is still a way of extending the life cycle of clothing.

Let’s keep fashion alive as way of creative expression, personality and community, by tweaking our consumption habits, cutting down on waste and educating ourselves on how we can make a difference. 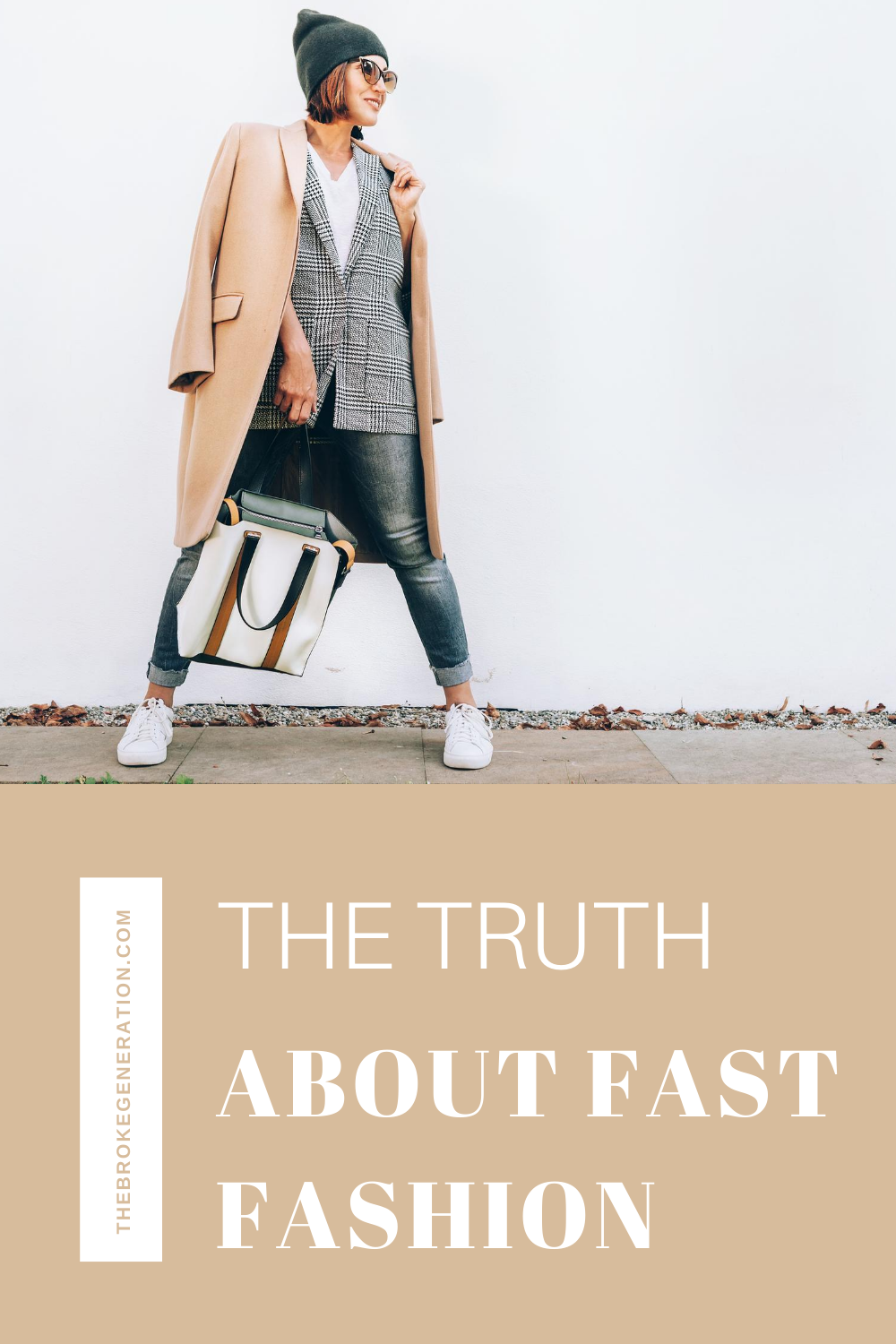