The Psychology of Spending: What Type of Spender Are You?

The Psychology of Spending: What Type of Spender Are You?

Our spending habits are more than just what we buy and how much we spend. Financial psychology is a commonly overlooked subject, but in a consumer-led world, getting to know ourselves and why we spend the way we do can help us lead more minimal, purposeful lives.

I did some research around personality types and attitudes to spending, so I’ve churned all that information up and compiled a neat little guide to the different types of spenders. See if you can recognise yourself.

The saverexic is a balls-to-the-wall budgeter. They’ll mull over every last dollar and never spend a cent more than they need to. The saverexic may appear to friends as someone who is good with money, and while their bank balance may read more healthily than a shopaholic’s, their obsessive control over their finances can be quite damaging. Psychologists have said that this type of behaviour can signal a loss of control in other areas of the saverexic’s life, or it can simply be a defined part of obsessive behaviour. The saverexic may feel guilt when they spend money on non-essentials, and can actually struggle to make solid financial decisions for fear of making a mistake, or feeling too guilty. Saverexic’s have an unhealthy fear of spending money in a similar way to someone with an eating disorder, and although the result isn’t as harmful as the avoidance of food, the compulsive restriction can have a huge impact on one’s ability to enjoy life.

TBG says: if this sounds like you, it’s time to channel your inner millennial and treat yo’self to something you really want. Go basic and opt for a generationally-appropriate bottomless brunch – and don’t feel guilty. Don’t think of spending as ‘bad’, and try to allow a certain amount of your money to be spent on non-essentials. If it helps you to feel more in control, budget this ‘joy’ money in the same way you would budget for groceries and transport. Also try asking yourself what you’re actually compulsively saving for. We have a finite amount of time on this earth – if you’re never spending on anything that brings you joy, what are you saving for?!

The self-esteem spender may often refer to themselves as ‘terrible with money’ or a ‘shopaholic’. As I fell further and further down the rabbit hole of financial psychology, I uncovered some interesting facts about the concept of shopaholism (lol sounds weird but it’s a word I promise), and despite being a term thrown around on Sex and the City, it’s actually quite different to the idea of a self-esteem spender. It falls more into the category of gambling addictions or alcoholism – basically it’s a theme for a separate article.

The self-esteem spender seems to end up spending money anywhere they go. It’s not as simple as going out and buying a lot of clothes or shoes – it’s a compulsive need to spend, rather than to actually acquire goods. The self-esteem spender may be someone who really enjoys present buying, and may abandon budgets midweek to buy their partner a gift ‘just because’. These spenders have somewhat of a ‘fuck it’ mentality. They may engage in other careless behaviours like binge eating, and struggle to maintain a focused mindset when it comes to budgeting. The self-esteem spender may also fall into the bracket of people who buy things to make themselves feel better. The term ‘retail therapy’ is dangerous, because it leads people – usually women – to believe that spending is a legitimate way to feel better about yourself. Whether it’s what you’re buying – makeup, slimming clothes, outfits to copy someone else – or just the act of spending money, breaking the cycle of shopping when you’re sad is the first step in banishing self-esteem spending.

TBG says: girl I feel you. This is ME. I am a total self-esteem spender. I love gifting and I’m the type of person that would find a way to spend money in Antarctica. Whether I’m grabbing a round of coffees somewhere or I accidentally trip and fall into Zara after a meeting in the city, I’m a mindless spender through and through. I’m in the process of breaking this habit – the first step is a spending ban. Work out what your vices are, and go without all of them for 30 days. Mine are clothes, takeaway coffee and random crap from the supermarket. Cutting it out for 30 days really makes you realise how well you can function without it!

The splasher is someone who gets validation from spending money – often on other people, or in front of other people. When you see a splasher picking up the drinks bill or showering their partner with expensive gifts, it’s often not a habit borne from wealth, but a compulsive need to be seen spending. Often the splasher wants to be well-liked and thinks they can almost ‘buy’ relationships and respect through spending.

TBG says: man I cannot imagine being this type of spender – I’m pretty big on everyone paying fairly. Sorry pals, you won’t see me forking out for the entire Deliveroo bill any time soon. But if this is you, write down all your spending for the last 6 weeks, and work out how much was for yourself and what was for other people. The outcome will probably surprise you. If you’re regularly the guy who grabs the office coffees or never asks for the Uber money, check yourself – you’re making stingers super rich!

The stasher tends to hoard money for fear of running out. They’re pretty risk averse and while they may have a lot in savings, the money could be better invested in shares or property. The stasher is the type of person who will say they’re saving up to buy a house in cash – foolish, because the property could be accumulating value while you’re saving hundreds of thousands in a 2% interest rate account.

The stasher can also be known as the ‘stinge’. They might be a bit of a party pooper by saying no to going for a drink or a coffee, and they’ll often say they’re broke when they’re sitting on stacks of cash. They say they’ll transfer you their share of the Uber, but you always have to remind them, and you’ll never catch them putting the bill on their card and having the squad transfer them.

The idea of associating money with security often stems from going without during childhood, or having come out of a big debt. But breaking this cycle and financially educating yourself on how to make the most of your money will be much more beneficial in the long run.

TBG says: you’re halfway there by connecting that being liquid (having access to cash) is a smart idea – we all need a rainy day fund. But understanding where to put your money is the next step. Shares and property don’t have to be extremely high risk and scary. There are much more conservative options that still allow the risk averse to enjoy the returns.

The ignorer has no bloody clue about their financial situation. They’ve got some money and some debt, but they don’t know how to manage it – and don’t even ask them how much is in their super. They probably have some dodgy spending habits, too, but their head is too buried in the sand to identify with any behavioural patterns. Ignorers may be time-poor and work in highly stressful jobs, leaving little energy left at the end of the day to sort through finances. They may also be paid relatively well, so while their ignorance is resulted in wasted money and opportunities, they’re not necessarily in a dangerous place financially.

That said, on the other side of the coin is the in-debt ignorer. They know they’re in a lot of financial trouble but are too scared to deal with it. However, the the penny usually drops at some point, springing the debt-prone-ignorer to identify with one of the other spending personalities. The debt is also usually associated with another personality type.

TBG says: get financially woke! Ignoring your finances is almost worse than over-spending because there might not ever be any red flags to kick you up the butt! Don’t coast by with your money – speak to a financial advisor and work out ways to make your money work harder for you. It’s also worth collating all your financial information and having a money date with yourself. Write down all your spending, tot up all your expenses and income, and work out your debt-to-income ratio (how much debt you have against how much income). Braving your bank statement is the first step.

DISCLAIMER: Information contained in this article is of a general nature only and is reflective of my personal views and observations. This has not been verified by a qualified psychologist. If you believe you are engaging in dangerous addictive behaviours, please reach out for help from a qualified professional. 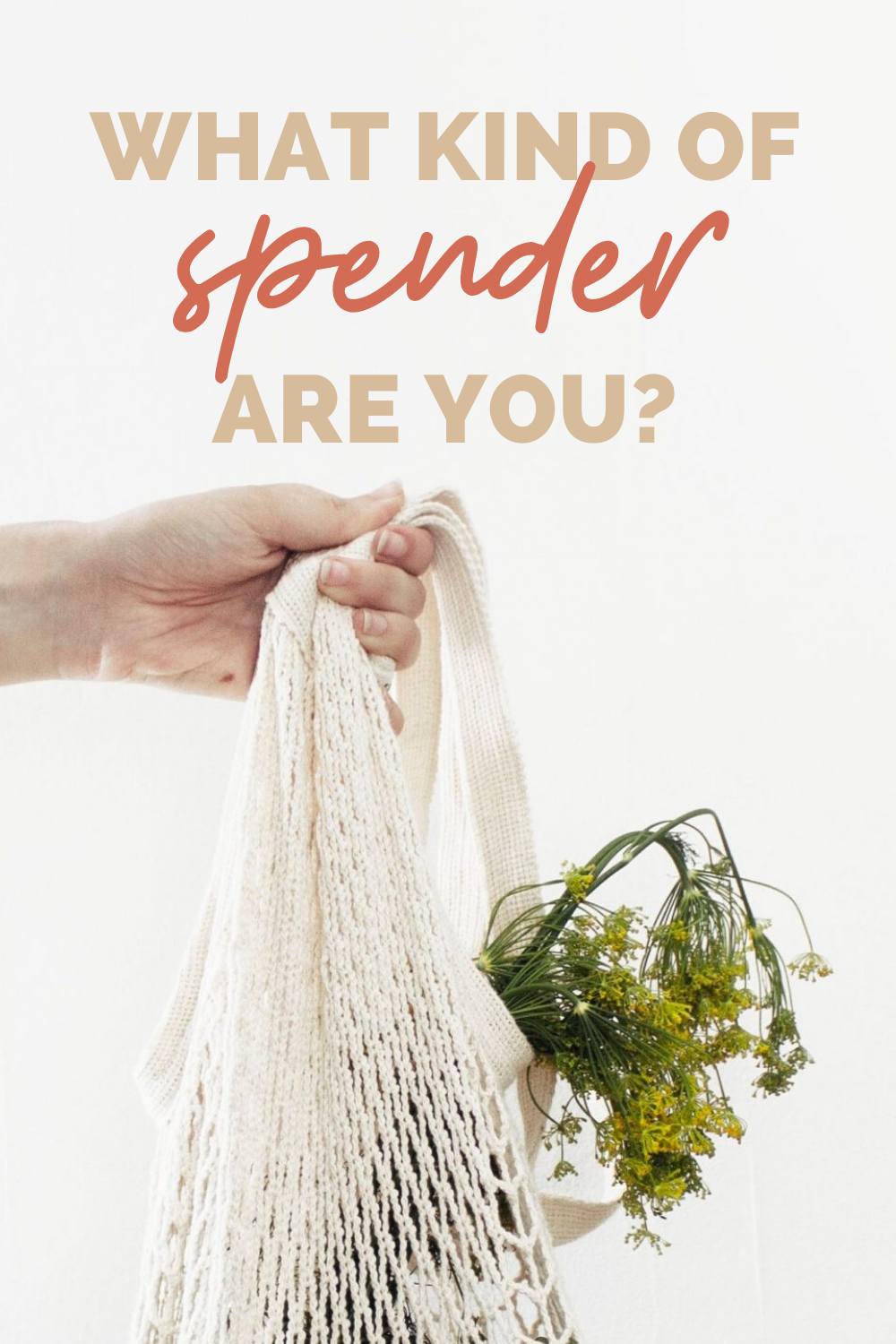 WELCOME TO THE BROKE GENERATION NEWS BULLETIN in p

We know what to do, but in reality we don’t have