A Millennial’s Guide to Asking for a Payrise

A Millennial’s Guide to Asking for a Payrise

Millennials are known for being entitled – and we know it. It pisses us off when our local café is out of macadamia milk, and boy don’t even get us started on brunch inflation or going longer than 6 months without an extended vacay around Europe. When we finally move out of home, we don’t want the perfectly-good-and-usable couch offered up from our parents when we can get one that’s boujie AF from Target for not much more than half a day’s pay. We know what we want and, say what you want about us, often we go out and get it.

But why isn’t this entitlement translating to our jobs? With wage growth at worrying lows in Australia, a lot of millennials think they’re worth more than they’re being paid. Offering flexible working conditions and a positive culture seems to have become the thing of the moment when it comes to employee retention – so much so that 67% of millennials said that a positive culture was their top consideration when looking for jobs.

But flexibility doesn’t pay the bills. And by bills, we mean avocado on toast.

Jokes aside, how do young people actually go about asking for a pay rise? More relaxed company culture is great when it comes to 4pm G&Ts and office coffee runs, but does being mates with our boss make it harder to talk money?

I recently reached a point in my career where I needed to step up. I wanted more responsibility and with it, more money. Problem is, I love my job and I love my boss, which is absolutely bloody fantastic, until moments like this roll around. My relationship with my boss is one that means she’s pretty high on the list of people I’d call if something bad happened, which means she’s pretty low on the list of people I want to ask for money.

So, how do we millennials go about asking for a raise? From someone who trembled and sweated her way through asking for it – and succeeded – here are The Broke Generation’s top tips on getting that payrise:

1. Don’t take advice from your dad

We know he means well, and sure, he thinks you’re an absolute champ at your job. But his advice will probably be something like “stand up for yourself, don’t take no for an answer, tell them you’ll leave if you don’t get it!”.

While we’re not discrediting dad’s stellar life experience, unfortunately times are a’changin’. What might have got you a raise at dad’s corporate printing company 25 years ago probably ain’t gonna fly with your 32 year old director who brews his own beer and has a Spoodle named after Dustin Martin.

Going in hard and demanding a pay rise just because of how awesome you are as an employee (and person in general) isn’t very becoming. Also, threatening to leave is gross, and probably pointless. One thing the millennial generation is up against is hyper-demand for jobs. If you threaten to leave, there’s a good chance your boss will snap a quick boomerang of you packing up your desk and hold the door open for you on the way out.

2. Explain your value to the company

Take a softer approach and sit down with your boss to talk things through. Don’t make it hostile and like you’re laying it on the line and making demands. Explain why you feel you deserve a raise, and think of ways you can add more value to that business in exchange for the increased salary.

That might mean taking some of your boss’ workload to free them up for bigger projects, or it could be taking the lead in your team to improve overall productivity. Demonstrating what you’ll offer in return makes it a two way exchange, and proves your commitment to the company’s success.

3. Have an exit plan

Depending on the circumstances in which you’re asking for a payrise, it’s usually worth having a rough idea of how you want the conversation to go before you have it. Think about your role and your wage as it is, and how you would feel if your boss said no to your request. Whether they’ve said no because they’re just a ball-buster or because the business can’t financially sustain what you’re asking for, there is a possibility that your needs won’t be able to be met.

Have a rough idea beforehand what you’d do. Whether that means shaking hands and getting back to work with the plans of trying again in 6 months, or whether that means bowing out and moving on to other opportunities, knowing your feelings in advance will allow you to make objective decisions based on the answer you get. 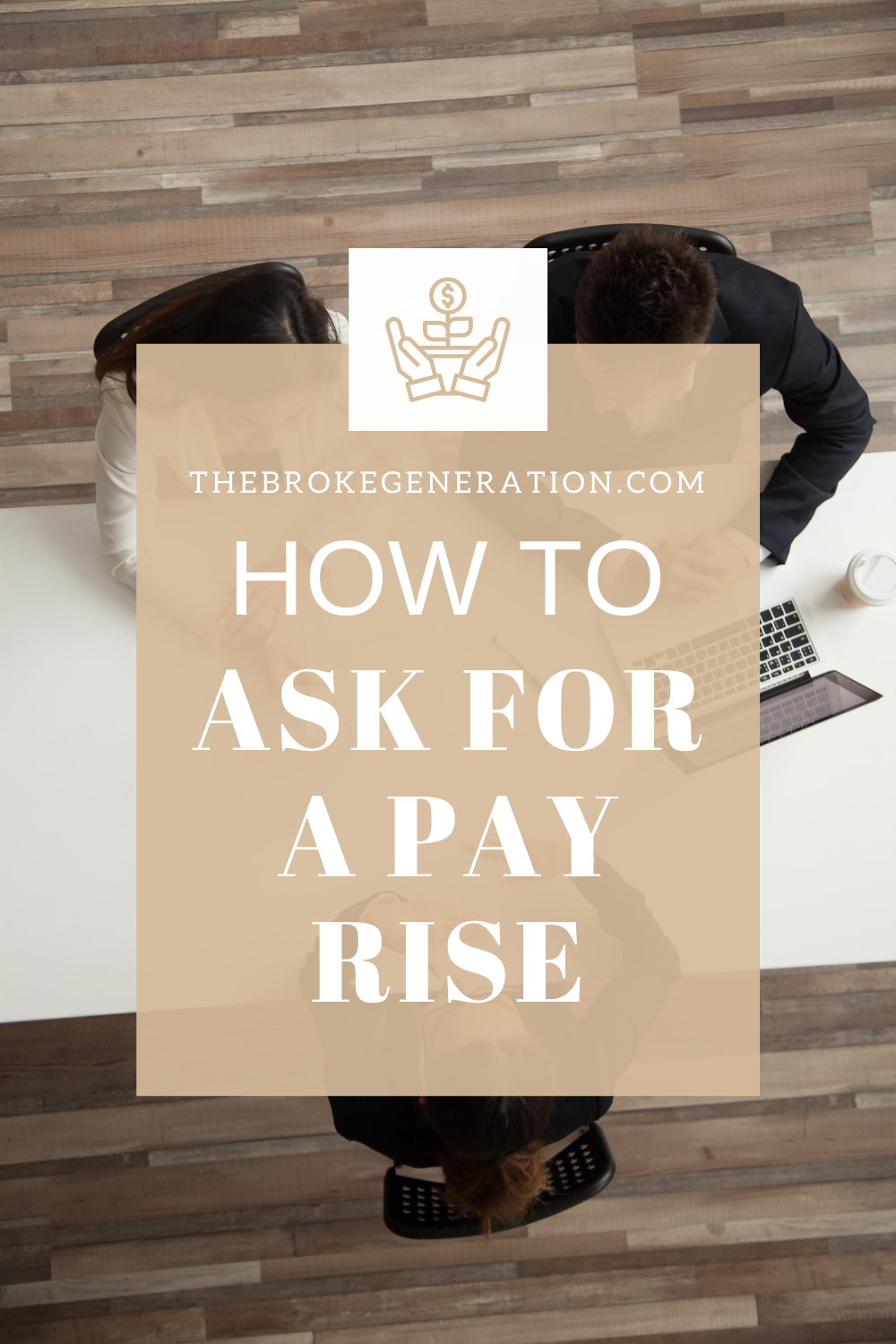