As a generation, we’re absolutely obsessed by the word ‘deposit’ – and with good reason. Rising house prices mean we need bigger deposit to secure a mortgage on a property, and to put it all in perspective, first homes are now roughly ten times the average salary. Back in the baby boomer days, it was around three times the average salary. So that’s kinda why the media is obsessed with telling us we’ll be living in rented sheds during our retirement.

But in order to move our generation forward into a place where we feel financially empowered, we need a deeper understanding of what it takes to become a homeowner. The media would let us believe it’s all deposit deposit deposit – and sure, that’s a really important part of getting a mortgage. But what about the actual state of your finances?

When you apply for a mortgage, lenders are looking at your capacity to repay the loan. That’s why finding 50,000 dollars, pounds or unicorn sparkles on the street isn’t actually going to get you onto the property ladder – not yet, anyway. Just because you have 50k in the bank, doesn’t mean you’re able to repay the loan.

One thing that slapped me hard in the face when I applied for my mortgage was discovering that just because you have the deposit in the bank, doesn’t mean you’re automatically granted a loan.

I know right wtf? Do they not realise I ditched Starbucks and drank Nescafé blend 43 for this? Swines.

Anyway, by understanding what the banks want from us, we can make our dreams of homeownership a reality sooner.

So, how can you convince a lender that you’re actually a big enough grown up to pay back the nightmare-inducing sum they’re going to lend you? There are three major things you’ll be assessed on:

Deposit or no deposit, you still need to be able to prove that you earn enough to repay the loan. If you’re in and out of contract work or have no steady stream of income, you could be in hot water here. It’s not to say you won’t get a loan, but you might need a bigger deposit to reduce the amount you’re borrowing compared with the value of the property you want – this is called your loan-to-value ratio. We’ll talk about that in another post.

The lender will look at your income and estimated repayments, and then estimate how much you need to live on. If the numbers stack up, you’ve got a better chance of approval. If they don’t deem your income to be stable enough to repay your loan, it could be bad news. Unfortunately, it doesn’t matter how frugal you plan to be – they’ll estimate your expenses using their own calculations. Pinky promising to stop going to Nando’s once the mortgage comes through won’t cut it with the banks!

Back to the example of finding 50k on the street. Lenders want to know where your money comes from, and ideally, a demonstrable ability to save. If you can prove your deposit came from months and years of stashing your salary, you’re in a good position. If you’ve been gifted your whole deposit or you’ve inherited a large sum, you may need to wait for a period of time before lenders will play ball, to prove you can hold cash without pissing it up the wall.

Hahaha lol surely the bank isn’t going to look at where my transactions take place on my bank statement? That was me laughing in my broker’s face. You bloody bet they are, he replies.

Lenders literally sit at their desks and paw through your bank statements, looking for signs you’re a savvy spender. Now don’t panic, they’re probably not going to freak too much if you like the occasional late night nugget run to the local McDonald’s. But what they are looking for is frivolity, large purchases, and gambling. If you like a punt on the footy, or you’re a big roller at the races – look out. These are warning signs for lenders that could scupper your chances of getting your loan approved.

For context, my partner and I own a one bedroom apartment – hardly forever home material – which cost us eight times my salary, and four times our combined salary. Considering we can’t comfortably live in a one bedroom gaff once we start popping out kids, that’s a pretty hefty investment. We had a 10% deposit and had to prove that we had ‘genuinely saved’ for some of that for at least 3 months. We then got one mortgage application declined, had to find another lender and pay an additional $9k upon settlement to reduce our LVR. You can read a more in-depth account of our mortgage application process here. 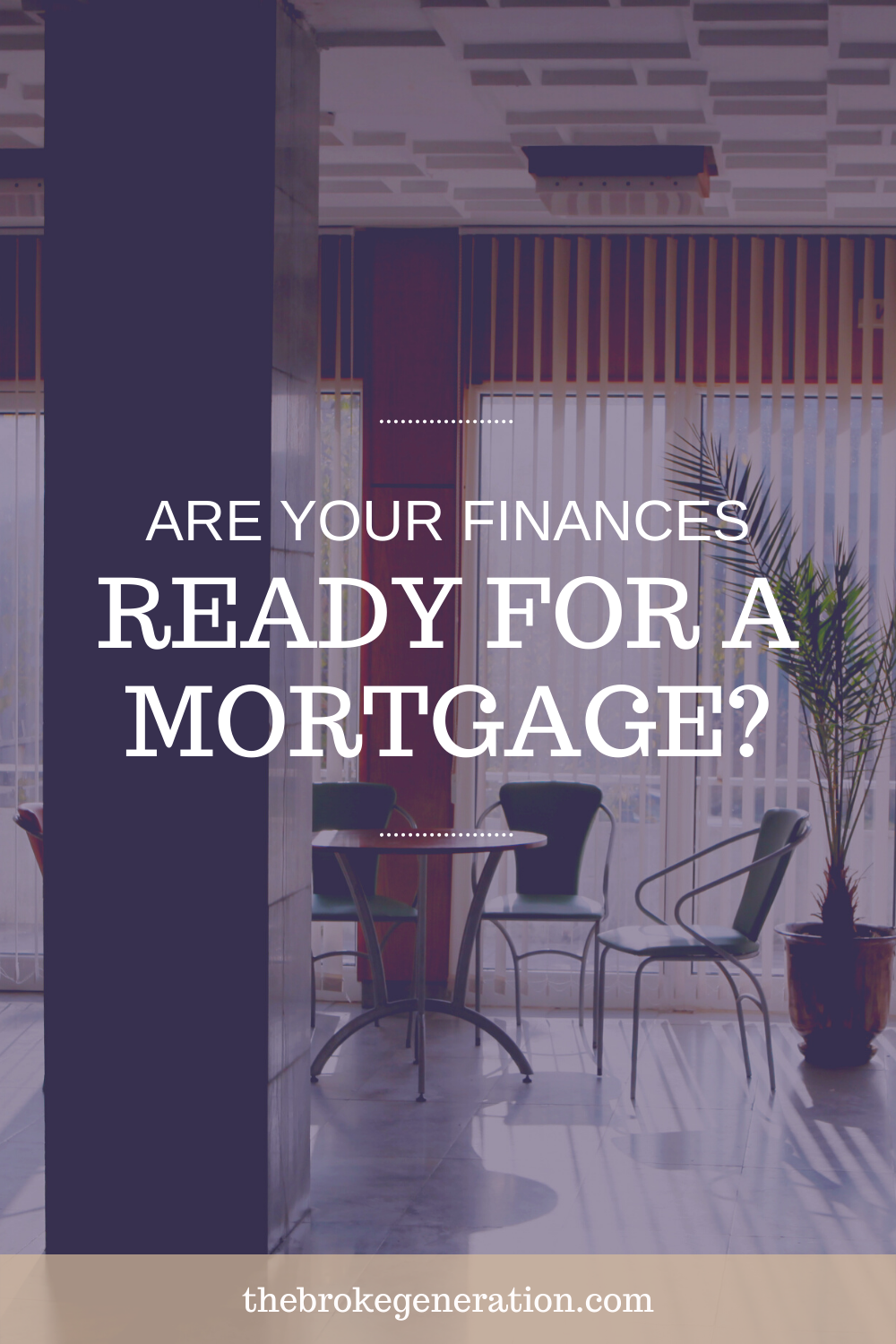